When I was about to start with this article for research work, I felt abysmal joy. As if a glimpse of my childhood days just passed by my lips and pushed those corners in a positive direction. Yes my friends, today we are going to talk about a game which forced us all to bend rules and make exceptions, the brightest game from the SEGA’s publication; Sonic Dash. What started as a highly famed TV video game is now available as an asset to iOs, Android and Windows platform users. It has so far inspired many other versions of endless runner video games, such as Temple Run or Rayman Jungle Run. Sonic Dash has always been a star amongst a handful of vintage games which have managed the survival of their legacy to this era.

Sonic Dash was released exclusively on mobile phones, and is the second game in the Sonic Hedgehog series. The game was developed by Hardlight for mobile platforms, with Sonic Jump being the first in the series. The Dash version was released in late 2013 for iOs and android, while it managed to land on windows platform only in December of 2014. 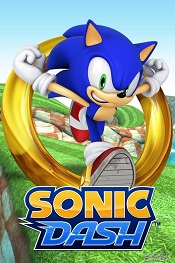 In this post I will tell you How to Download Sonic Dash Game for Windows 8/8.1/PC and Mac

Dash, spin, jump, crash and go wherever the game takes you across its stunning 3D environment. With Sonic the Hedgehog being the star cast of this game you have nothing to fear. Moreover, he is part of a league of friends who are available at hand for all kinds of adventure and come with cute names as well, namely Tails, Shadow and Knuckles.

This dominant game, taking only a minimalist space of 54 MB has already proven itself to be the ocean of fun. Sonic Dash is so cool that the download rates are off the charts and the players are off of their seats at most of the times. This mobile version of Sonic the hedgehog is loaded with all sorts of cool moves and alluring ambience to persuade you to pull an all-nighter. So just sit tight and utilise all of Sonic’s juice to power up and jump over physical barriers, dodge hazardous creatures, swift through tilted curves and speed around loop de loops. Most of all, you could never forget Sonic’s homing attacks to tackle the challenging parts of the game, where implementing the move correctly is challenging in itself.

But, what is a game without its own devil. Zazz, as the arch enemy of Sonic the Hedgehog comes in to let lose all sorts of hell. Being Sonic the hedgehog, you are the most frightening member of an elite group i.e. the devastating Deadly Six. So you must use all of Sonic’s agility and abilities to rise against Zazz and take him down before it’s too late! But, having reached to such a level you will find Sonic in a silver version. The look is so sassy due to silver body and golden bracelets, as if Goku just turned into a Super Saiyan soldier. The power feels staggering and equally breath taking as you roll past every obstacle like a bowling bowl, pinning down whatever comes in your way.

The ground breaking design and features not only optimizes the gaming experience but takes it to an epic level. The developers at Hardlight have ensured quality work at every scary corner, including Sonic’s boot with an electronically crafted base. As a player, the look of the boot itself is moving enough to make you feel like an invincible flyer. 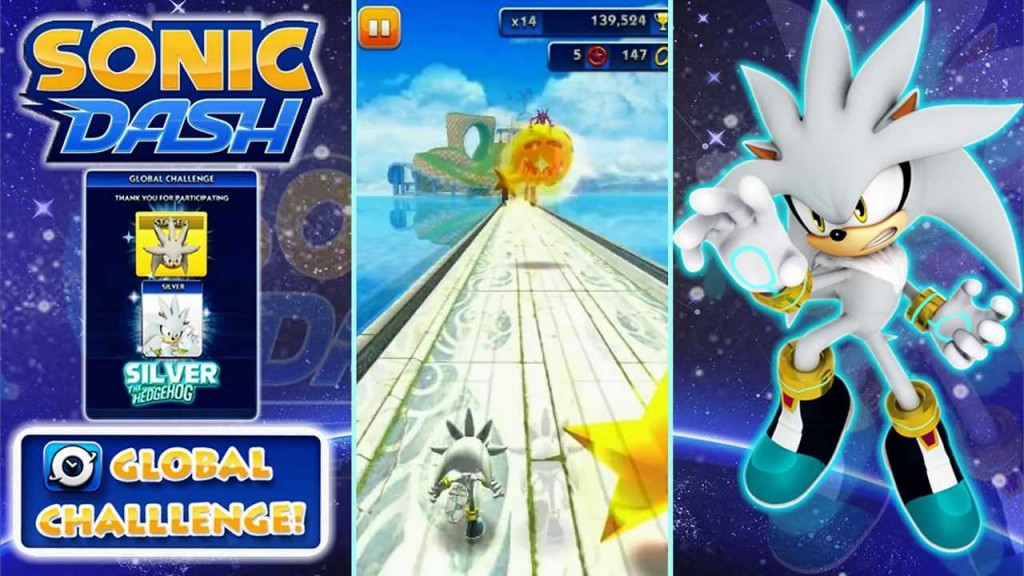 In the finale, you will find Zazz zooming around Sonic in his aircraft. This negative quality is also met by the shape of his aircraft, which is of a wickedly villainous smiley. Zazz’s ship is capable of launching powerful stars, as if they are as powerful as the sun and will manage to toast Sonic the hedgehog in an instant.

Sonic Dash is hell of a game, and now also available with social networking option, i.e. now you can challenge your friends on the leader boards or you can also invite your friends through Facebook to prove your mettle as a speed runner. 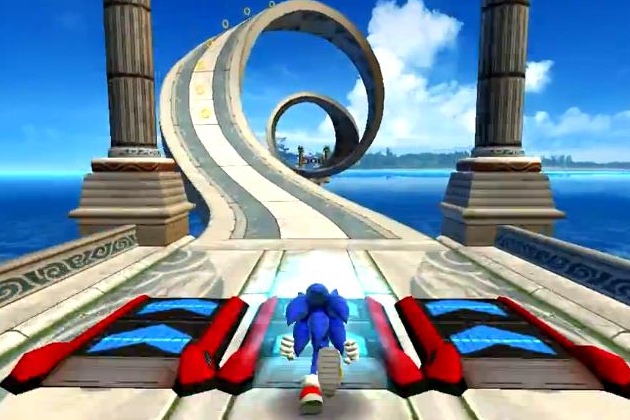 What if i told you that you can download Sonic Dash Game for Windows 8/8.1/PC and MAC?

What I simply hate about great mobile games is that they are dedicated for mobile phones, ultimately ruining the best part of fun. No hard guesses, great games deserve big screen and best in class stereo sounds so that not an inch of that HQ sound goes to waste. Thank goodness we now have great android and iOs emulators like BlueStacks and Andyroid. What these emulators do is that they simulate an android ambience in your system, allowing it to be a functional platform even for hi end graphic games such as Sonic Dash. 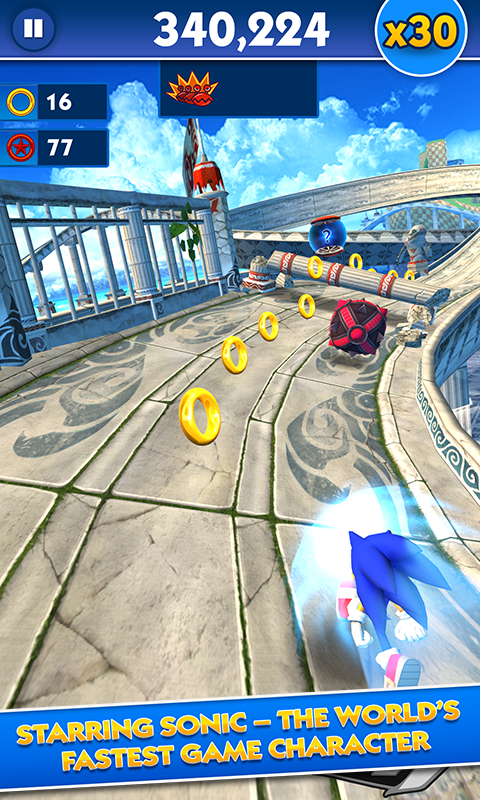 Here is how to Download Sonic Dash game for Windows 8/8.1/PC and MAC using BlueStacks

Here is how to Download SONIC DASH App for Windows 8/8.1/PC and MAC Using Andyroid