The world today is a spectator to all sorts of entertainment and prefers variety and not just quality. Moreover the scientifically developing world is ready to put any kind of concept on paper and make it truly believable with their logical mind. As such people have also started to take keen interest into the world of the dead and the resurrected, courtesy of some great movies and TV series. Yes, graphic media is in and is growing with the new generation of creepy monsters called zombies. Rolocule Games try to feed over the fantasies of the world with their latest release ‘Dead Among Us’. 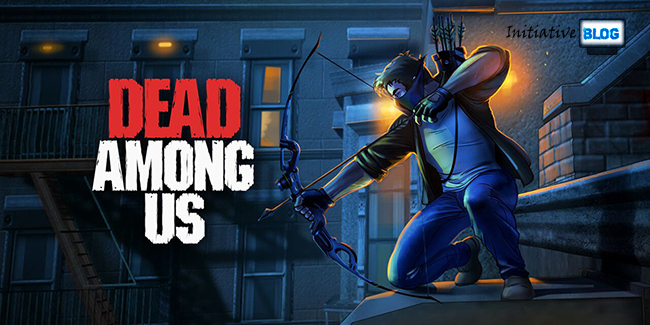 In this post I will tell you how to download Dead Among Us Game for Windows 8/8.1/PC and MAC

In the story the environment of earth has been intoxicated with a serious virus called ceres, well the name carries a seriousness of its own kind. You will be introduced as a gold medallist at archery who can pierce through skulls for good. And after the ceres virus took toll on your wife, you have found another use of your skills towards the zombies.

However the actual culprit is Heckle Corporation’s Cell Research Unit, which is responsible for the development of the virus and its accidental outbreak. But being the last among the handful of humans pushes you to help others find a cure to this ever growing virus. The aid from your end mainly includes assisting the team to save people from falling victim, collecting ration and also corpses of zombies in order to derive some anti-virus.

Here is a trailer of the game

Putting yourself at vantage points you find the sweet spots to kill the zombies with bow and arrow. But it is not just another point and shoot game. As you pass through different levels you will seek difficulties in the random movement of the zombies who tend to walk briskly, while the growing darkness will also make your vision faint. 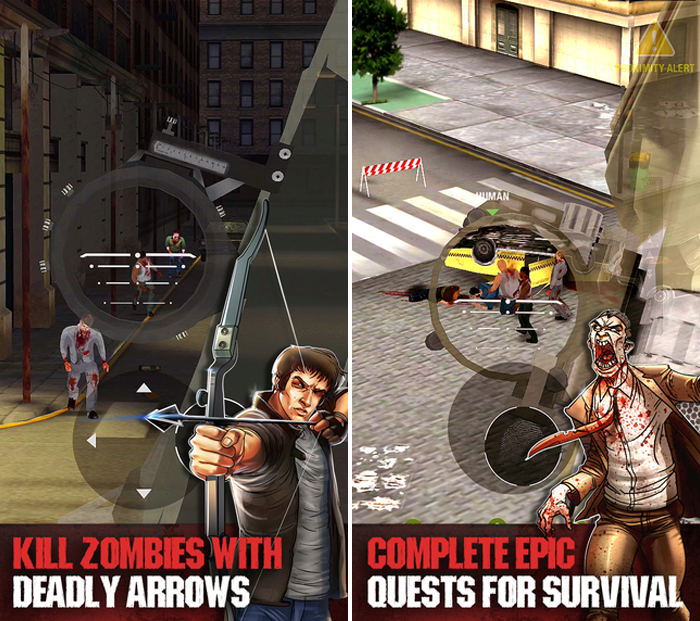 Dead Among Us game loads you with enough aid to showcase your archery talent at points where your gut instinct to shoot counts more than just the visibility. There are varieties of power ups like slow time, zombie radar and kill shots. The slow time tool lets you warp time in order to gain a perfect aim on the moving targets, while the kill shots help magnify distant zombies. In case you if you have lost the count or expecting some more zombies, then you can use the radar to point locate the walking dead in the rubbles of the city and strategize your next move. 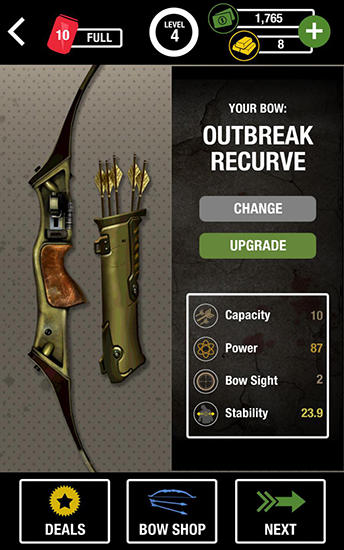 You can feel the heat in the toxic environment as the matter grows serious. From level three onwards your skills will be put to real test as you try to defend your colleague, scientist and safe house individually at different sub levels. Whether it’s a rising wave of zombies converging at the doorsteps of your safe house or entering the city centre from the corners of every surrounding building, you must have a sharp attention.

You can also use the provided tools in deadly combination, such as slow time and kill shot combo to tackle difficult targets. But remember that the slow time can only be used when you have drawn an arrow and loaded it. After important levels you will also be offered with upgrades by using your reward points. From quiver to nock, grip, draw weights and even the string of your bow will find upgrades in order to bring precision and cover larger areas.

The design of the game is of a 3D background, thereby providing a life like experience to your zombie adventure. The controls are also sassy, as you can control the on screen joystick from the tip of a thumb. You can touch and drag on screen to get the view of the area, while touching the joystick will load the arrow, releasing the joystick will release the wrath of your bow. 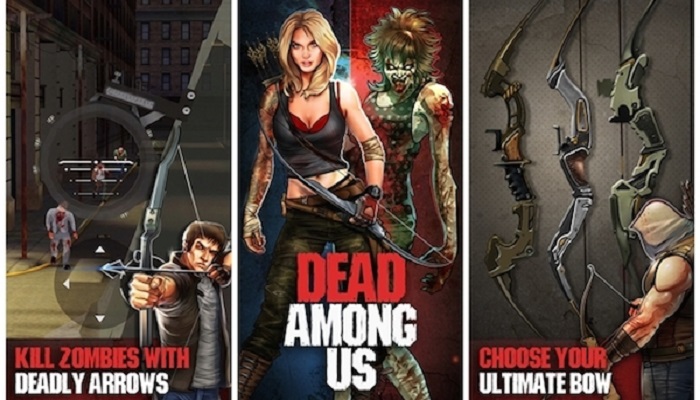 Moreover the overall interface is comfortably interactive as the system tells you when to upgrade weaponry, trying kill combos and even how to earn extra points by choosing from the easier levels. And don’t forget to earn enough cash on your way to shooting, as these extra points will unlock the next target cities infested with the blood craving zombies.

The game is fantastic and brings a superficial feeling after you save the world by killing the already dead. The sound quality is also good enough to create a severe ambiance, especially at times when the matter can only be measured in terms of alive and dead. So go out there and start shooting some dead meats who are trying to do the same to the rest of the world.

What if I told you that you can download Dead Among Us Game for Windows 8/8.1/PC and MAC?

No wonder the Rolocule Games have done a fantastic job, but on the phone I am unable to soak in everything that the game has to offer. This 3D quality game accompanied by high grade sounds deserves the width of a laptop screen and surround sound speakers. If you really wish to make the game a Dolby digital experience that it deserves then I would suggest you to use iOs and Android emulators. The purpose of the emulators is to create the apt surrounding in your system and support the game to its fullest. I use emulators like BlueStacks and Andyroid in order to get things done on any of the Windows 8/8.1/PC or even MAC.

Here is how to download Dead Among Us Game for Windows 8/8.1/PC and MAC using BlueStacks

Just follow the below steps and you can own your Dead Among Us Game in just no time.

Here is how to Download Dead Among Us Game for Windows 8/8.1/PC and MAC Using Andyroid

Download Andyroid from its official website. The installation is simple and pretty fast with a fair Internet connection.

The developers of Dead Among Us already carry a reputable record in developing action packed tennis games, which first drew my attention. But now they have turned their products from just another family audience to a massive audience aged over 16 and who love the colour of bloodshed. Also their timing is impeccable for the fact that the world has recently enjoyed the mind boggling series of Walking Dead and won’t mind playing as another ‘Rick’ in the game of the dead.