Facebook has begun its annual developer conference which goes by the name of Facebook F8. A number of announcements were made on the first day almost all of which had some interesting things to listen to. The future of facebook as a platform and many other things like Spherical Video, LiveRail etc. were talked about.

Facebook is all set to launch some big changes in its messenger app. It will now offer messenger as a platform for developers. This means that developers can now work on content and information for the messenger.

3rd Party apps will be allowed access to the messenger service and tie-ups with different others will also take place. 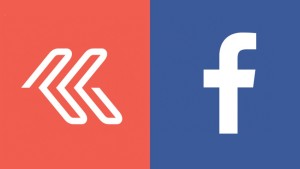 There were also talks about where LiveRail was going. Facebook acquired the video advertising firm in mid-2014 to make video ads a bigger part of its business. While implementations have begun the recent future will see LiveRail filling ad spaces within apps and sites to the highest bidder.

It will also support mobile display ads along with video. It will be tapping into Facebook’s data and using to target its video campaigns.

Facebook F8 also saw a lot of talk about analytics for apps. The social network is keen to allow developers access to complete app analytics to know who is using their apps, who is playing the most games and may other important data which such app makers need for more efficiency and increasing profitability. It will also show the expenditure on such games and apps.

Last but not the least, Facebook F8 saw the introduction of Spherical Video, which is support for 3D videos in the news feed. User will now be able to pan around the video with their mouse and cursor.

This calls for increased VR abilities as you will need a VR headset (Virtual Reality) or else the 3D video won’t matter on your flat-screen laptop. Only after you use the headset will you have the experience you need!

With so many biggies coming on the first day, we are bound to see more interesting announcements over the final day of the conference which we will update you with soon.

What do you have to say about these announcements?Will you buy a VR headset for Spherical Videos? Do comment