The surest way to success is to analyse and learn from the success of others. If your goal is to get the most subscribers possible you need to turn to the Youtube account that has the most YouTube subscribers. That YouTuber is, both fortunately and unfortunately, PewDiePie. Felix Kjellberg, to his parents.

Pewds, as his fans call him, is one of the most absurd and out there YouTubers online today. He is also one of the most wealthy, with his reported earnings in 2014 over $7 million. He’s a complete goof, but he’s also a successful and wealthy goof that we can learn from.

I can’t guarantee that you’ll get to 39 million Youtube subscribers like Pewds. I can guarantee that if you use these tactics, and you’re creating good content, you will see your subscriber numbers grow! 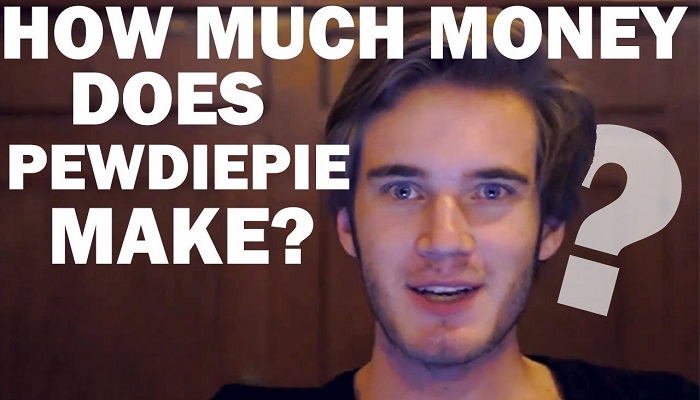 PewDiePie has let his channel grow with time to now include comedy videos, but at the core of what he does is ‘Let’s Play’ style video content. He sits down, plays a video game, makes funny comments, and teaches people about the game along the way. All of his success comes from connecting with other video game fanatics.

Pewds may not have realized it at the time, but he was using a classic community building tactic. He chose one topic to focus on, video games, and dove head first into it. At the time I’m sure he saw it just as something fun to do. This early video shows he wasn’t taking himself seriously (language warning):

It’s not even that interesting to a non-gamer. But he’s focusing on having fun with people who have the same interest as him. These people, those who came to be part of his community, are now known as The Bro Army.

Many YouTube marketers think that YouTube is a video marketing platform. They’re wrong. YouTube is a social media platform with video. Think of each video you post as a new Facebook status using video, with your friends commenting underneath. That’s how PewDiePie built his channel – with his friends who were just like him!

Your Youtube channel needs to have this focus, and a willingness to engage with fans socially, if it’s going to succeed. This can take place down in the comments, or it can take place in videos. Here’s an example where Pewds takes a moment to speak with his fans, who were wondering where he went:

All of the most successful YouTubers have used community building to get YouTube subscribers. Your channel will start to take off once you realize how important this is.

Uniting under a unique logo

Pewds spent the better part of 2 years driving his YouTube subscribers with his video game playthroughs, and occasional personal blogs like the one above. It worked, but not to the tune of 39 million subscribers.

It was when he did these three things that his fan base became something more than people watching videos and became a movement:

In this tactic he’s given his fans an identity, and a way to connect in as near a physical way as possible. You can not underestimate how important it is to do this. Musicians have been doing it for years, from the Kiss Army to the Beygency.

Pewds gives his fans a logo

The mistake that many people make with their YouTube channel is that they think they make their logo for themselves. That’s not the case, you make it for your fans. They’re the ones who are going to wear it on tshirts, use it as their own profile image, and turn into a sticker to go on their iPad case.

When Pewds created his logo it did just that, and the Bro Army exploded in size:

We no longer live in traditional marketing times. You need to give more power to your fans and let them help you push your products and videos. A logo like PewdDiePie’s does just that as the fistbump is a symbol of how he connects with fans.

While we’re discussing logos and images, Pewds has also created a pretty good header image for his channel:

The dog is his own, and the duck is an inside joke amongst his fans. Again, building a connection with his fans first is a major component of his success. He could have skipped the duck, but he knew his  true fans would get a chuckle out of it.

More than anything, PewDiePie has shown us above how important it is to treat Youtube like any other social media website, rather than a video hosting platform. He has done everything he can to build his Bro Army, and you can imitate him by:

Before you ever start thinking about monetizing your YouTube channel, you need to think about how building a Youtube channel is about so much more than video. It’s about community and being open enough to be social. Youtube channels that keep their fans at arm’s length, and never interact with them, wind up pushing their fans away for good. Practice good community building techniques and you’ll soon see your YouTube subscriber numbers shooting up too!

Matthew is the writer over on the Devumi Video and Social Media Marketing Blog. He’s there every Friday writing about the latest in the world of social media developments. You can stop by the blog every Friday for the latest in YouTube views and marketing tactics, Twitter, SoundCloud, Vimeo, and Pinterest marketing news. For those who are Twittering, the @Devumi Gorilla is ready to serve you and make bad jokes about bananas.