There are various Push Ad Networks in the market, but the right ones are those who provide the best conversion rate and lets the users have a lower ad cost, and one of such networks present in the market is Vimmy.

Vimmy is a Push Ad network that is present in the digital marketing industry for a while now and lets the users work on efficient push ads and have a lower ad cost. Its anti-fraud technology makes sure that the ad campaigns have a good return with real-time users, and no bot interference.

Vimmy team experts have experience in the field for over 8 years now and consist of internet marketing specialists & ad tech field specialists to cumulatively help out the users. Vimmy’s hi-tech Machine Learning algorithm makes sure that the ad rotation takes place in a good manner and they apply the latest approaches that work for ads in large amounts.

What are its features? How does it work? Is it efficient enough? Find out more about it in our Vimmy Review. 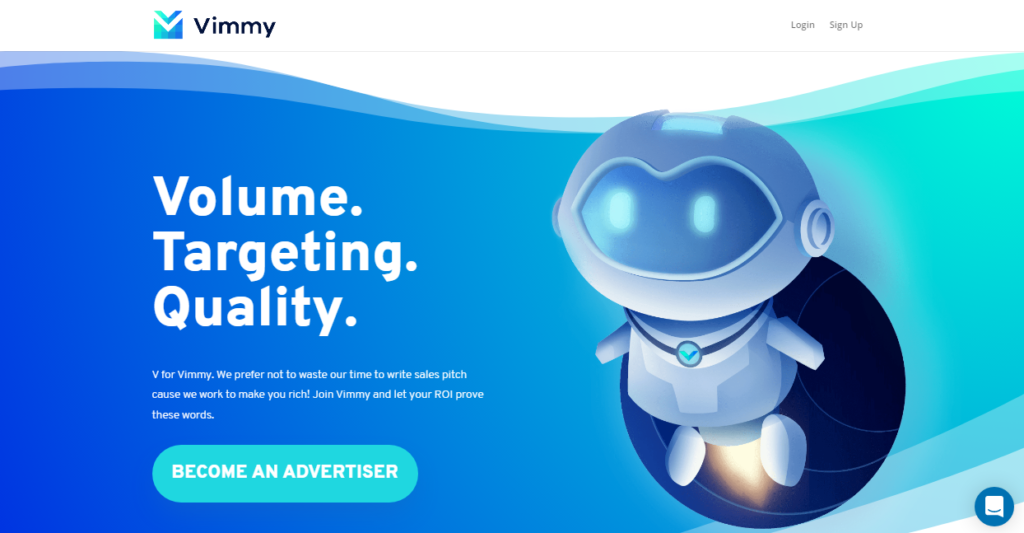 Vimmy Push Ad Network consists of a team of professionals who are required the most in this sphere of internet traffic. With their time-tested technology, managing ad campaigns becomes way easier, bringing out the best conversion rate. They know every client’s needs precisely and wish to help them strive to perfection every day. Also, the network has special solutions designed for ad campaign rotation and statistical analysis for the advertisers.

They have a team for monitoring the user’s advertisements and keep them updated about the system status. Vimmy enables users to reach KPI goals at a very affordable cost. On the other hand, it provides fast-working and highly flexible tech solutions. This allows users to carry out multi-format advertisement campaigns very easily. They provide advertisement solutions for affiliates and agencies.

They provide approvals to the ad campaigns as soon as possible and also facilitate easy campaign creation. It doesn’t take much time to create new advertisements and this way the advertisers can create several campaigns at the same time.

Their anti-fraud technology makes sure that the ad doesn’t get across any bot traffic but only has real-time users. At times there are several ad networks that provide traffic, but it isn’t qualitative due to the low conversion rates but with Vimmy Push Ad Network, the ads don’t get any bot traffic.

Only the users can decide how to launch the campaigns, when, and where with their advanced targeting and in-depth reporting, the users can target the right audience and have the information on the ad outcomes. The real-time stats can also help in making the right decisions.

They work across different Geo Locations so if someone wants to target in any other specific country, then they can do so with the utmost ease. The top countries they target in are The USA, Brazil, Indonesia. India, France, Germany, and Spain.

They have a massive reach and have more than 250 million suppliers worldwide. Every day, they have 2000 million ad requests and more than 650 million ad impressions. This proves that the network can bring a great amount of highly qualitative traffic. 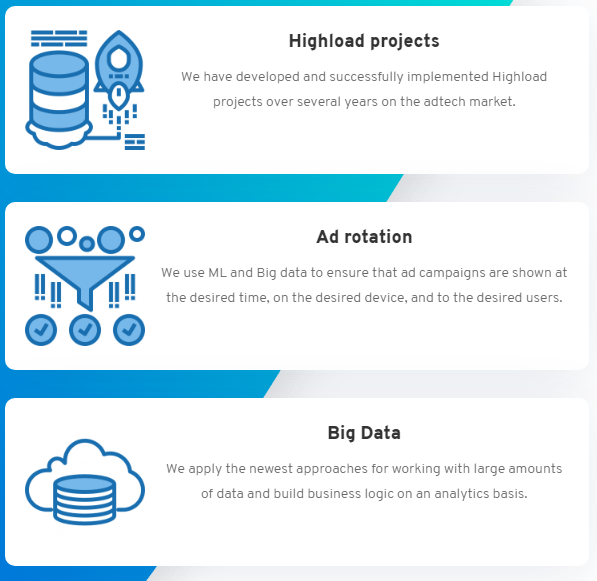 They have successfully developed and also implemented some high-load projects in the ad market for several years and have impressed thousands of clients with an amazing conversion rate.

With their highly advanced Machine Learning Technology and Big data, they ensure that the ad campaigns are displayed at the accurate time, on the right device, and to the right users. Everything is absolutely perfect and done at the right time with no delays.

They apply the best and the latest approaches for working with some huge amounts of data. Also, they build the business’s logic on the basis of the detailed analytical process. This data helps in bringing out the ad conversion rate in the best possible manner. 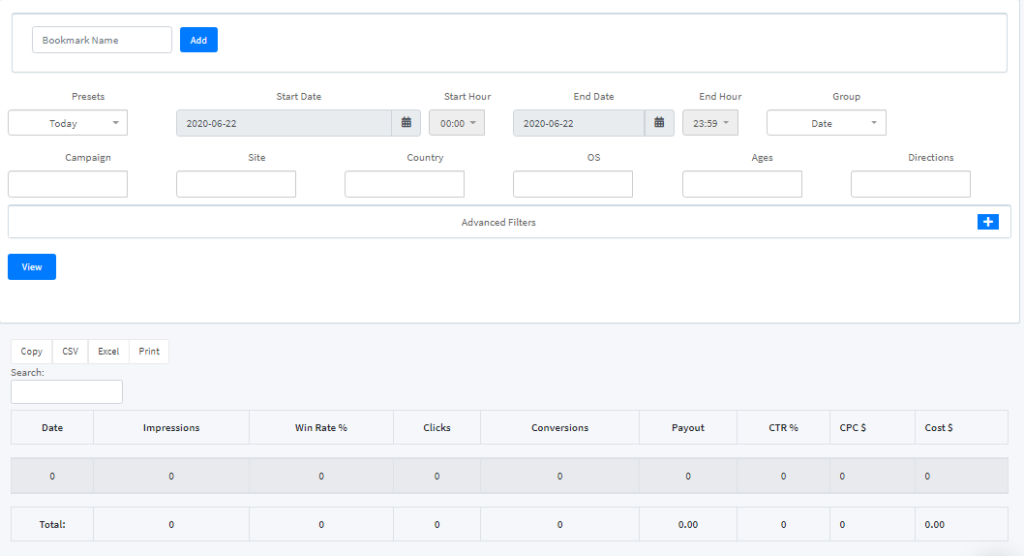 Vimmy dashboard is very user-friendly & everything present there such as campaigns, the start hour, start date, end hour, end date, groups, etc. Also, there are campaign options to opt from, the websites on which the ads are present, targeted country, OS, Ages, and Directions. The Directions option includes both Push notification and In-page push notifications. It also shows the data that displays the ad outcomes and status in the way:

This data helps in keeping a better knowledge about the outcomes of the ads and also has detailed statistics for the ads running.

Check the campaigns and their status on the network with the utmost ease as Vimmy helps in viewing all the ads be it paused, active, banned, declined, archived, or are under moderation. It shows the campaign data in the form of:

Users can check out the traffic chart in order to identify the possibilities across every country. The charts display everything from impressions, clicks, Minimum CPC, and recommended CPCs. Get the data of both Push & In-page Push and also filter it on the basis of mobile or desktop ads.

Campaign’s conversion rate Set up the S2S Tracking to see the conversions on the dashboard. In addition to that, one can also set up the custom Postback URL by just pasting it over there and the rest will be handled by Vimmy on its own. Also, one can integrate with some third party tracking tools such as Voluum, Affise, Binom, BeMob, RedTrack, PeerClick, etc.

Keep a note of the ad finances with the help of this Ad network’s finances option. Select the period, ad status, and the payment type, and click on view. They have different payment options from Visa/Mastercard, Webmoney, Paxum, Wire Transfer USD, and Wire Transfer EUR. The detailed data is displayed with the help of:

Also, one can add up some funds be it for their personal advertisements or company-based ads. Enter up the contact information, tax ID, the country, and that’s it! It is a very basic and simple process to perform and manage the advertisement finances.

The Referral Program is an extra earning option for the advertisers and every of the ‘Vimmy Partner’ gets a 3 percent commission every time someone will sign up using the particular referral link. One can promote the platform in any way like sharing referral links on social media or with friends. 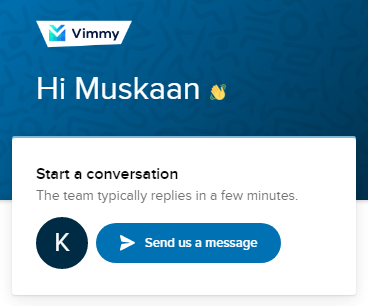 The Vimmy Push Ad Network is present for the users 24/7 in case users face any kind of problem. Also, they take care if the advertisers are facing any issues in setting up the URLs or campaigns. This is a great thing since a person doesn’t need to stay tensed if they are not able to perform a specific task.

14. Makes sure that the users reach goals

They make sure that the users reach KPI goals. For every user, the most important thing is that the advertisements are able to target the audiences whilst making sure that the ad cost is low, and there help in achieving this target. 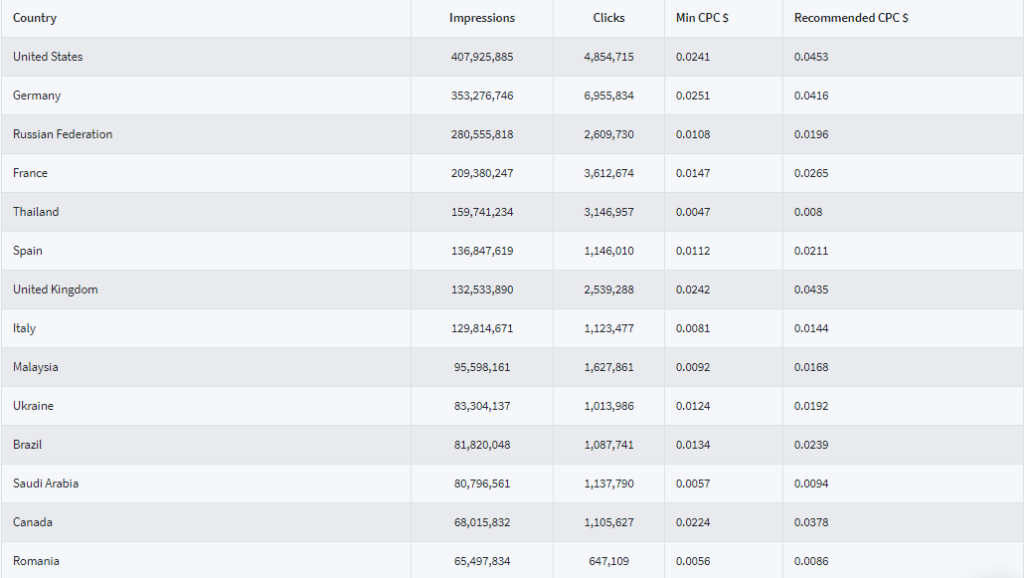 As a Push Ad Network, they don’t have a specific pricing package, but they work on the basis of both CPC. The prices vary for every country, but if considered the lowest, then it begins with as low as $0.001 Per Click, and it keeps increasing Tier-wise. The minimum deposit is 100 dollars in the beginning.

Whilst there are hundreds of Push Ad Networks in the market, one thing that matters the most is the conversion rate at affordable prices. Vimmy Push Ad Network is the most efficient ad network we have come across as it has everything from great working Machine Learning Algorithm to fast campaign creation option. 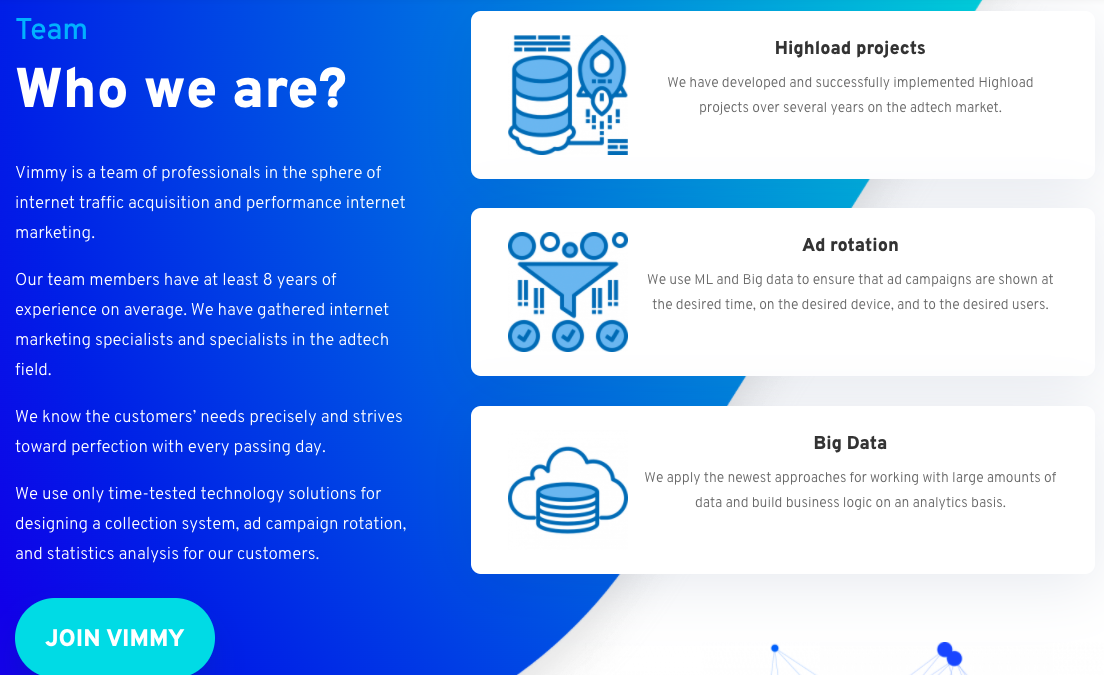 Vimmy works across different Geo locations where the advertisements can perform well and bring out a great conversion rate at affordable prices. It is not an ordinary network, but it is really different from the other ones since they have various features for conversion tracking, traffic analyzation & quality traffic which converts.

They have worked for several people and also have some high-load projects under their name. The ad network also provides customer support to the users and make sure they do not incur any kind of platform. In addition to that, they provide an option of efficient ad rotation so that it is circulated with the best of its efficiency. Overall. Vimmy Push Ad network is a great network to operate and provides the best results. A total go for and the most affordable network.

Yes, It is good because of easy to create campaigns, fast approval, and quality traffic for all Geos at affordable costs. It has nothing missing and they also take care of every user.

Is there any free trial?

What type of ad formats Vimmy Deal in?

Vimmy deals in both push and In-page push advertisements, and work across different countries, devices, OS, in order to target the audience.

What is the pricing of Vimmy Push Ad Network?

Vimmy is a Push Ad network, therefore it works on a CPC basis. It begins with just $0.001 per click and goes ahead.

Does Vimmy track the campaigns?

Yes, Vimmy can track the campaigns and one can also integrate it with some third-party tracking tools.