YouTube lovers have always been the top priority of YouTube, this has once again been proved by the YouTube officials. Most of the people said those to be rumours however, YouTube has officially announced the launch of its online gaming site. Named YouTube Gaming with website gaming.youtube.com has been a great news for the game lovers. Google, the owner of YouTube has decided to take on Twitch- the one stop shop for online gaming community. 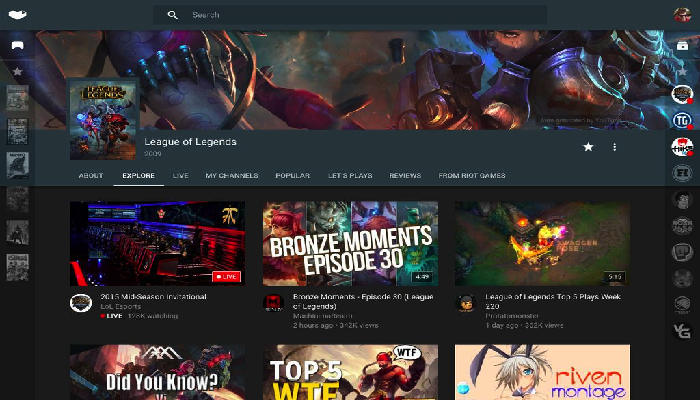 Worldwide leader in streaming live gameplay, Twitch has been a well-established name in online gaming community with 20 billion minutes watched every month, 1.5 million broadcasters and 11 million videos uploaded each month, and these are the stats of Twitch which speak a lot. Twitch is owned by Amazon which itself is a very well established name in online community. Google has always been giving tough time to its competitors and so is the case here.

YouTube is a leader in providing its viewers with all sorts of videos. With more than one billion users and every hundreds of millions of hours watched every day, YouTube has been generating a huge revenue for its owner Google. Along with generating billions of views the videos there are monetized and earn a huge sum of money. The appetite for revenue has been an ever increasing one, not just for YouTube but for every single one of online communities and networks.

The launch of YouTube gaming is indeed a great news for online game players. YouTube has announced the launch of not just the website but also an application which would be dedicated only to gaming and live stream channels. There would be games on demand which would certainly appeal the online gaming community.

This astonishing service offered by Google would definitely have a great impact on the users as well as the competitors. YouTube Gaming appearing onto the scene with a boom would hold back the competitors like Twitch a bit. Google has always been looking for ways and means to please and comfort its users. Everyone is well aware of the fact that Google believes in customer satisfaction and would go to any extent to ensure this.

No need to look for online gaming sites, YouTube has come to your rescue with its website and application dedicated only to gamers. Your very own online community worldwide has taken a step which is likely to be appreciated by the gaming community. YouTube has a huge fan base which surely would grow with the launch of this amazing service this summer!