Mainstream soap operas have been ruling the television for so long. The face of television got a new change when web series were launched and people got addictive to them. After series such as Permanent Roommates, Baked and ‘L’ Lagg gaye to name a few, web series by production houses like AIB, TVF etc. substituted the fashion of hard core soap operas and replaced them with excellent works of art.

Production houses like AIB and TVF have proved every now and then with their unique concepts. With this new series, TVF Pitchers about Startups, they stepped into a new venture. The new concept of startup has been discussed, which varies between equities to ideas, from finding a financer to running behind a coder. Where, a group of people decide to use, Internet and Apps to be their asset to sell ideas online. This article is not about what startup is. But it is about how it can be so crucial as to inspire a web series on it.

Here are 5 reasons why TVF Pitchers is class apart and a must watch?

No matter what, keep one thing etched in heart, the boss is always right. Not because he actually is but because he is at a higher position than you are. TVF Pitchers gives an insight to the very crucial part of everybody’s life: The Dream Job and the consequential boss. It hardly matters as to where you are, or what seniority you possess, if you have a boss to supervise you, he’d be right.

2. For becoming an Entrepreneur you don’t need to have your spellings right, but your spirit is what matters a lot. 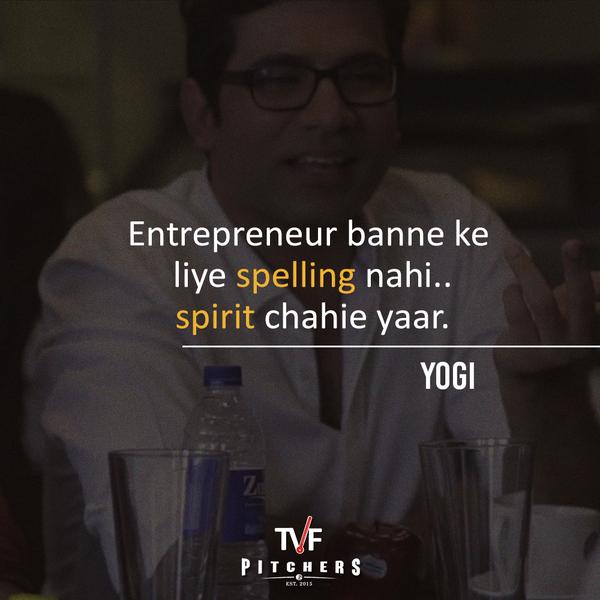 Pitchers not only tickles your funny bones but also instigates you to find out why is it important to laugh. Pitchers, focuses on the ambitious side of the coin. It tells you why it is not just about the 4 founders of the company, it’s equally about the people who revolve around them by adding on a tint of comedy to it.

3. Flipping a coin changes your way of thinking and is an influential asset to decision making.
Life is too huge to throw fewer opportunities. With a sea full of opportunities, it is you who has to decide. With the on-going episodes, it makes you realise that it is you who has to be the jury to your decisions. Flip that coin and you’ll know what your heart wants when the coin is in the air. Clichéd? Perhaps they had a better screenplay to it than the rest.

4. That silver hanging thread might be the lining to your cloud. Don’t just pass by it, use it to your benefit.
No friend is a waste and so is no engineer. With a nation worth more than 6 lakh engineers, nobody can practically be a waste, and hence they might just be that something you were searching for, for your startup. Every decision you make is what the future relies on, and it is this very essence which has captured and keeps you hooked to your laptops, mobiles, tablets, iPads et al. With an ideal combination of desiness and anecdotes from day to day life, the characters instigate your brain cells to switch on the episodes of TVF Pitchers back to back by effectively using the quirkiness of their plot.

5. It doesn’t matter what you are poured in, be it a glass or a pitcher, ultimately beer is supposed to come out of the bottle and be served. 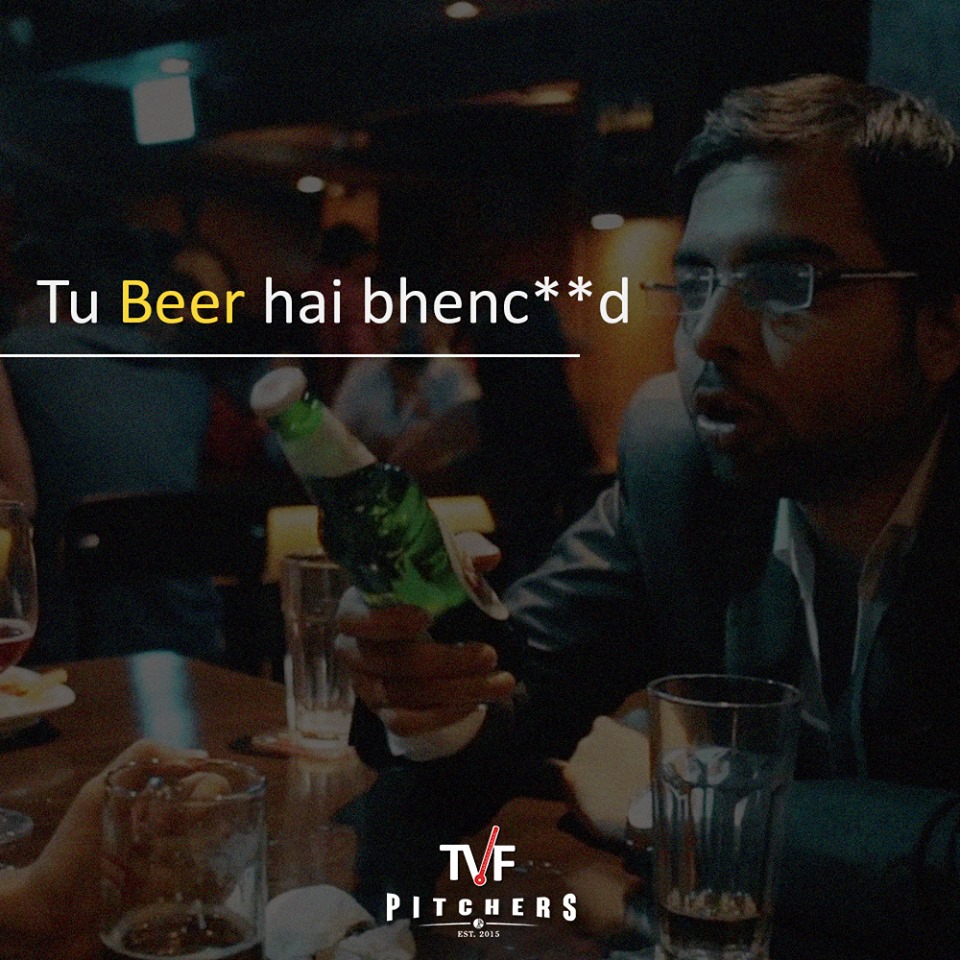 ‘Tu beer hai’ (You are beer) is what the first episode hangers you on to. The theorem being very simple, that an entrepreneur is like beer, which needs to come out of the bottle to be eventually flown out of the bottle. It doesn’t matter, whether it is poured into a glass or the Pitcher. The series leaves you in goosebumps with a mix of emotions flowing. It amalgamates the hardships, the support and the art of following your heart and how finally the beer is to be gulped down once served!