HTC is back with another flagship model from its stable- the One M9. There has been much buzz about the handset already. Recently, some photos of the phone were leaked on a Chinese website where it was revealed that the screen would be a 5.2 inch one. It will have a large round camera at the back along with dual LED flash.

The smartphone looks much like the One M8 but has different machineries powering the device. 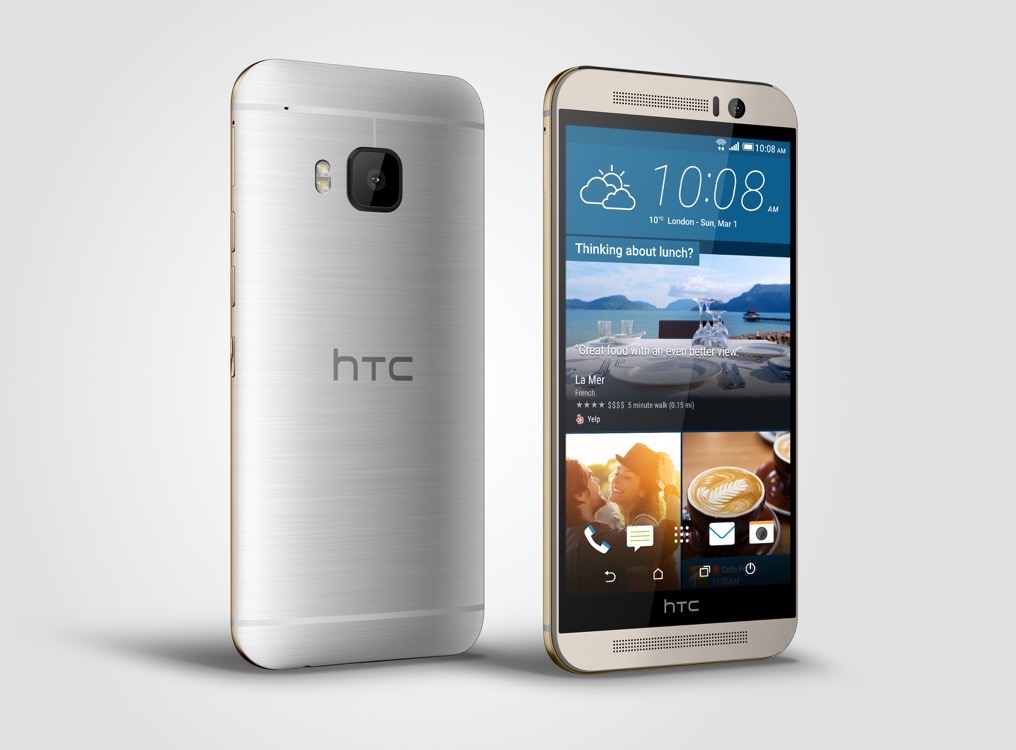 The fact that the design resembles the One M8 means you will get a metal unibody design which looks and feels premium. However, not everything is the same as there have been a couple of tweaks. The edges and the back have been re-contoured by HTC to make it ergonomic. The casing of the phone has a scratch protected coating on it. The final change in the handset is an aesthetic one, which is the use of two tone metal designs.

The edges of the handset have been picked out in complimentary colours. The most striking one is the gold trim on a silver coloured model. If you are looking for waterproofing then you are in for disappointment because the feature has not been included in it.

The resolution of the 5.2 inch display unit is qHD at 2560X1440 pixels. The chipset embedded in the device is the MediaTek MT 6795 octa core which clocks a speed of 2GHz and a Snapdragon 810 has been included as well. Usage of the Snapdragon 810 is a dicey one as there had been reports that the chip got overheated.

Qualcomm and LG have commented that they have fixed it and there is nothing to worry about. Since the scare, Samsung has decided to drop the chipset from its latest flagship, the Galaxy S6. 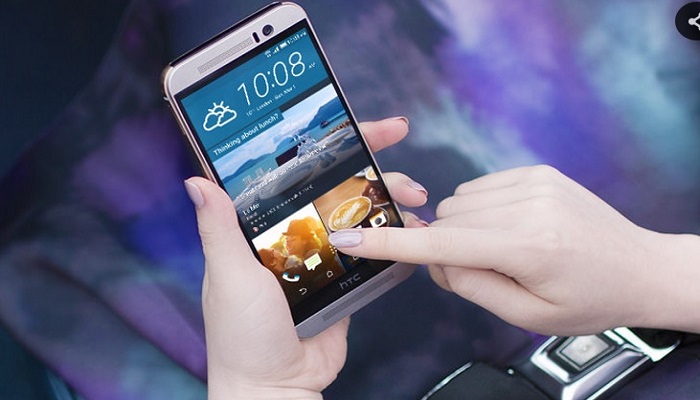 Recent reports from a website which was reviewing the HTC One M9 powered by AnTuTu benchmark in Mobile World Congress 2015 in Barcelona. It was reported that AnTuTu gave a feedback that the temperature of the device was too high and needed to be cooled prior to testing.

Once the phone is up for review, this is something that should be watched out for. This happenstance at the MWC 2015 is not something to be worried about as it could be a one-off incident as there are always such slip ups. Most of these devices are manhandled are such events and undergo much duress.

HTC was trying out a lot of gimmicks with its range of One handsets with dual camera setups and ultrapixels instead of focusing on high quality images. This has been changed in the One M9 as the rear camera on the phone has a 20MP shooter which promises to produce high quality photos. Also the dual LED flash with twin tone has been introduced in the phone.

The concept of ultrapixels have not been eliminated altogether as the front camera has a 4MP ultrapixels resolution which was there in the back primarym HTC One. It has been improved with an additional wide angle lens which is great for selfies. Several custom gallery applications have been added by HTC for aggregating Google Drive, Facebook and Dropbox along with other photo sources in the same location and also photo editing integrated functions.

Some of the most impressive features on the HTC One M9 are embedded in the software package. The latest Android L 5.0 is used in the device with the user interface Sense 7 used on it. For most of it, the user interface is quite like the Sense 6 when it comes to operation and appearance. It is quite delightful to be used and you can swap key features for the stock Android as you would want, like multitasking interface.

One of the other cooler features is the application of Themes. The application may not be new as such but an interesting spin has been lent on it by HTC as you would be able to choose and download regular themes and also make your own themes by using a photo. The app will analyse the colours and make a theme out of it.

The app will apply the theme to icons, choose out a font and make a wall paper. You can actually participate in the whole process by customizing icons and fonts the way you want them to be.

The handset shall also have intelligent Homescreen features such as what to display on the screen based on your location, your regular habits and the time of the day. Certain functions can also be tied in with specific locations. The themes that can be created or downloaded can be changed dynamically on fly and a variable may be location. You can have a particular theme at work and another one at home.

If you want the One M9, you should go for the phone being launched now as HTC has not hinted at an upgraded version as of now.

Currently pre-orders have begun for the gold-on-gold version whereas the other two colours available will be revealed on March 31. A lot has been expected from the handset for the renewed strategy adopted by HTC for its One range of handsets.