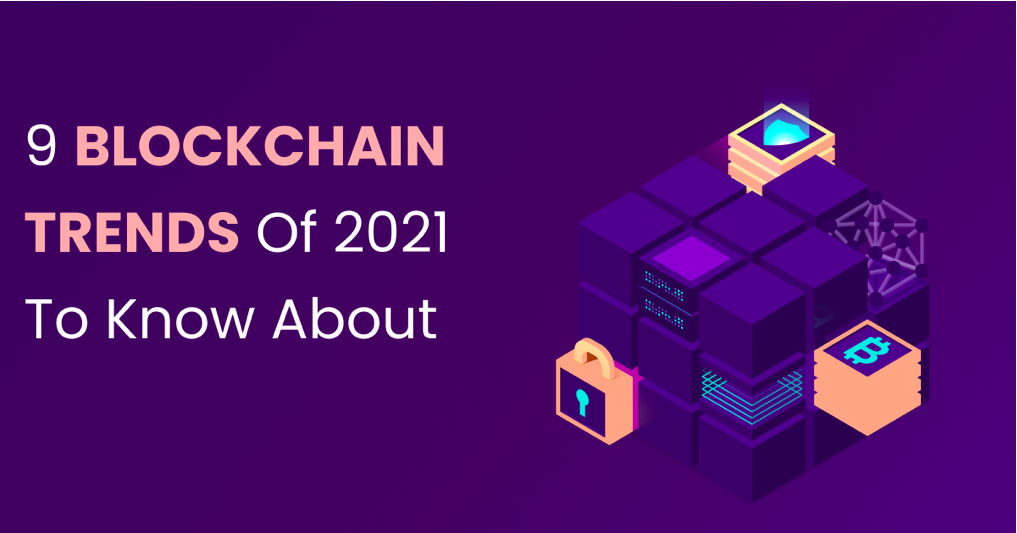 Now that we are well into 2021, it is impossible not to recognize that 2020 was a challenging year for many businesses due to the Coronavirus outbreak. Poor economic growth, high employment rates, and cash crunch were some of the issues that most dealt with last year.

However, there is a silver lining in every cloud. The pandemic has been responsible for steadily amplifying trends in different sectors, such as online shopping, OTT content consumption, and tele-health services, that were generally growing at a relatively slow pace.

The year 2020 has also given birth to more practical and realistic approaches to blockchain initiatives—whose popularity has seen a historical rise and a significant fall.

So, how exactly will the landscape of blockchain technology be in 2021? What are the positive trends that we can expect to look out for? This article explains it all:

With the global market size of the technology expected to grow from USD 3 billion to USD 40 billion by 2025, at a CAGR of 68%, it would not be surprising to see blockchain move further away from being deployed in silos in business processes and pursue significant investment for business-ready solutions.

The world has come closer than ever due to swift digital adoption. Companies in different sectors have shown a growing interest in adopting this technology to streamline and improve their business processes. A Forbes survey reports that 25% of the largest public companies will use blockchain as the foundation for its customer base’s digital trust.

Digital transformation is on the rise

Due to the financial and emotional stress that the pandemic has imposed on day-to-day business activities, digitization is not a choice anymore; somewhat, it has become a necessity for survival for businesses.

There is a desperate need for businesses to fasten their digital transformation process to survive in the quickly changing world economy. This school of thought has triggered the reorientation of those blockchain projects that lack key features such as tokenization, smart contracts, and decentralized consensus.

Besides, there has been an increase in the number of companies interested to participate in networks that address the supply chain issues caused due to the pandemic.

All in all, blockchain is predicted to be at the forefront of significant transformative changes, and many businesses are already looking towards blockchain as “the next big tool” to serve their target customers digitally.

In recent years, blockchain has been considered the major disrupter in almost every industry—from agriculture and manufacturing to oil and finance.

While the technology’s potential can be seen in many cases, there is a vast majority of enterprise use-cases that require companies to maintain a different record-keeping system for safeguarding sensitive information.

Though enterprise blockchain processes are developed and customized as per the requirements of different businesses, private blockchain solutions offer them more opportunities in terms of higher efficiency, reliability, transparency, and security. 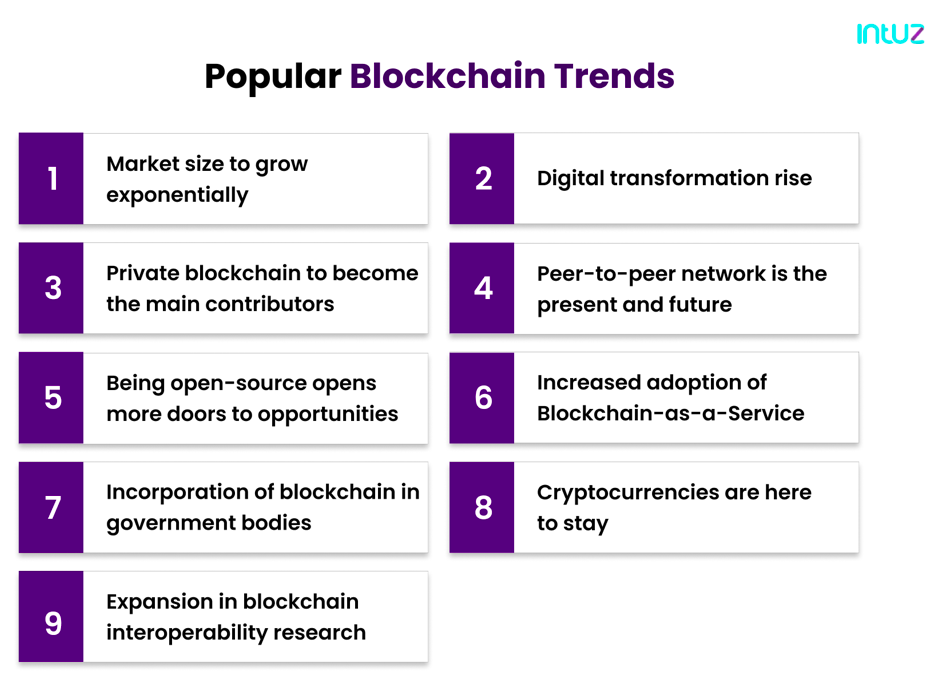 Peer-to-peer network is the present and future

Contrary to popular belief, there is nothing central about blockchain anymore. The technology is architected in such a way that the transactions happen over a peer-to-peer network. In other words, such a decentralized format allows users to perform transactions with anyone or any business, irrespective of the geographical time-zone differences.

Since the intermediaries are eliminated, the transactions are quick, and all the nodes have equal importance to offer the same transaction knowledge throughout. The peer-to-peer network creates a distributed marketplace for users without compromising the integrity of the blockchain.

Technologies backed with open source software solutions hold huge benefits of improvements through collaborations that add massive and valuable features on top of the core software.

One of the best use cases of this is Bitcoin core, whose protocol is fully open-source. Managed by a collaborative group of “core developers,” their work has been much applauded by independent developers globally.

Due to the open-source nature of Bitcoin, the developers are able to continually come up with complementary products, services, and applications, which further strengthen the bitcoin ecosystem globally.

Blockchain brings an exceptional level of trust and openness in everything it integrates with. Though it is still a fast-growing technology, it excites developers by offering endless new tools and possibilities to build better applications that are fully decentralized and cryptographically secured.

Blockchain-as-a-Service enables them to use cloud-based solutions to build, host, and use their blockchain apps, functions, and smart contracts on the blockchain infrastructure developed by a vendor.

At the core, blockchain helps developers redefine the blockchain solution with new features and tools that are highly secure yet seamless. Apart from this, blockchain development services can be used to build new API with transaction scripts, peer-to-peer node communication, and API to validate client transactions, among others.

Incorporation of blockchain in government bodies

Earlier, the use of blockchain by government agencies was considered risky and was practiced by smaller states and regions. In 2021, we will see that governments and public sector organizations will leverage the technology to move away from inefficient and siloed centralized systems to systematically administering large volumes of data.

Cryptocurrencies are here to stay

2020 has been a great year for investments in cryptocurrencies, especially Bitcoin, and the expectations are even higher for this year.

Due to the pandemic, the investors are in a constant quest to search for safe assets. With so much uncertainty in the market, Bitcoins remain unaffected by external factors and government policies—a big thanks to their decentralized nature.

In this day and age where cashless transactions and social distancing are the new normal, cryptocurrencies could very well be on their way to becoming a “valuable form of digital gold.” However, having said that, we may also see more fake crypto investment platforms, malware attacks against lesser-known cryptocurrencies and wallet scams.

Currently, blockchain networks are not deep-rooted, so they cannot establish a proper communication channel with each other. With multiple blockchain projects on board, all will have different characteristics—from hashing algorithms to consensus models.

This could result in a series of unconnected blockchain networks that prevent industry experts from utilizing the technology to its fullest. That is why many blockchain projects, including Cosmos, API3, and Polkadot, are working towards swapping data across multiple blockchain networks.

As most of the research work on blockchain interoperability is technical and semantic, this feature will allow for additional applications as more business functions transition to blockchain-based solutions in the coming years.

There is no denying that 2020 has brought many unexpected things to the forefront, but we strongly believe in blockchain and can sense that it is here to revolutionize how the world functions as an entity.

It is true its adoption did not occur with the same ferocity as cryptocurrency. However, times are fast changing. We now see companies and government bodies waking up to the idea that to go far, they have to switch to blockchain. So, how are you planning to incorporate blockchain technology in your business operations?