In the IFA of 2014, Nokia announced the launch of two new mobile handsets under the umbrella of Microsoft Devices – Lumia 830 and 730. The most notable features of the former, Lumia 830 have been its high quality camera that proves to users that people can have a great camera on their phones without it being too costly. Although a high-end handset, the phone comes with a relatively affordable price tag.

A 5 inch Nokia Lumia 830 Hands-On overall review of the phone reveals an affordable and smart looking phone that packs in a range of features, possibly more than one would expect. 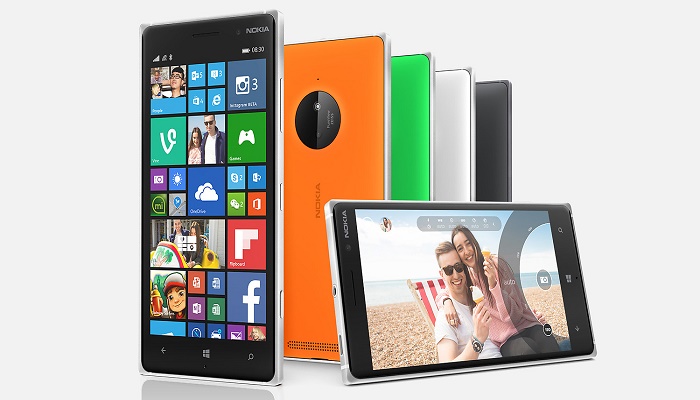 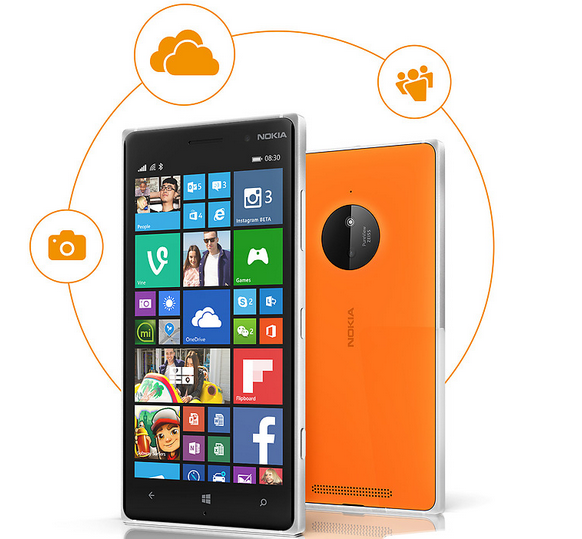 The Lumia 830 is comparable to its bigger sibling, the Lumia 930 with similar features and usual design hallmarks including a matte finish plastic back panel, with a squared metal edge. It is comparatively light, weighing around 150 gm and 8.5 mm thick. Metal buttons are provided at the side for volume control, power and camera button.

The micro USB slot and headphone jack sit at the top and the rear side provides access to the SIM and Micro USB slots. The microphone sits above the camera while the loudspeaker grill sits on the bottom of the rear.

The size and texture offers a good grip and looks quite competent with appearances of a premium phone.Apart from the regular black, Nokia also offers shells in white, bright orange and virulent green colours. 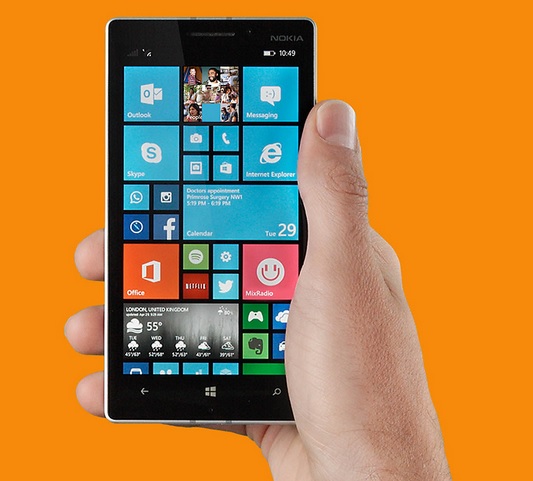 With a lower price tag of the 830, comes a quality screen because it does not sport a full HD. However, the 1280 x 720p resolution on the 5 inch screen does a good job producing crisp and vibrant pictures at a pixel density of 226 ppi. Users may however find the lack of 1080p when reviewing snaps clicked on the high quality camera it has. Readability in direct sunlight is quite impressive but it drops sharply at certain viewing angles.

The colours appear natural and in warmer tones that is pleasing to the eyes which however appears washed out when seen at an angle. The screen features Nokia’s Clear Black technology with Corning’s Gorilla Glass 3 for protection.

The Lumia 830 is packed with a quad-core Snapdragon 400 processor that runs at 1.2 GHz which considerably low end iswhen compared to the current specification standards of its rivals. However, the handset performs well loading web pages quickly and the phone interface is swift and responsive too.

Video works fine on the 720p screen and so does the gaming apps. What is however to be noted is that it is the camera that takes the longest to load. The 1GB RAM does a relatively good job alongside an ample storage space of 16 GB which is expandable up to 128GB via micro SD card.

The Dolby Surround Sound feature performs well with a really loud sound emitted by speakers. However, at the highest volume, one could experience crackling. Use of headphones however will treat users to tight and good quality sound. The sound of phone calls is equally good leaving no room for complain.

The Lumia Denim, 8.1 update offers the biggest improvements in the camera sector which enables a faster boot of the PureView and a hands-free Cortana. This hands-free feature will allow users to wake up the in-built voice assistant simply by calling out ‘Hey Cortana’. 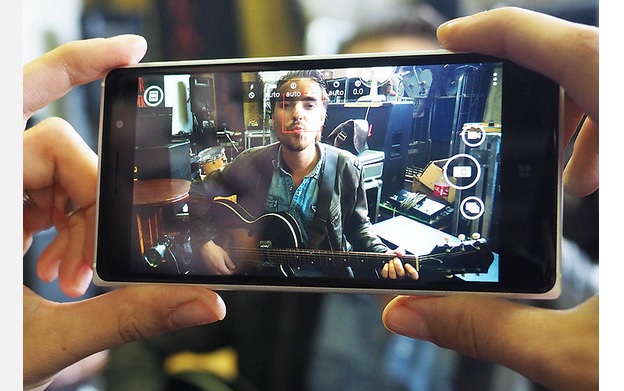 The 10 megapixel camera is the highlighted feature of the Lumia 830. While one cannot, and should not expect at par results with the Lumia 1020’s 41MP snapper at this price range, the Lumia 830 delivers the best amongst its rivals such as the Samsung Galaxy S5 and the iPhone 5S. Alongside the high feature camera comes some neat post photo editing features as well.

It has a dynamic flash function that enables users to switch on of switch off the flash after the picture has already been taken. For this feature to function, one has to click two pictures with and without the flash while the camera prepares the photo with the perfect gradient. The camera qualifies under Nokia’s PureView banner, one of the firsts in this price range of a Nokia phone.

The camera also features optical image stabilisation with Zeiss Optics. Like most of the Lumia phones, the camera button opens up the software with a press even while the phone is locked but takes a few seconds to launch till it is ready for a click.

Camera modes include the standard auto modes and several others for night, close-up, backlight, sports and backlight. It also features the smart sequence burst mode which is one of the most useful modes enabling you to select the best shot from a sequence.

It also includes adjustments for motion focus and others. Like the 730, the 830 features a new Selfie Camera app in keeping with the trend that offers editing options for your face post-snap and a capture mode that has face-detection and countdown before the click.

A 2200mAh battery gives the Lumia 830 a good battery life with little power to drain from the reduced processor speed and lower screen resolution. The Nokia Lumia 830 hands-on reveals a good 35 hours on standby even with 48 percent charge remaining and all battery saving functions turned off.

Nokia Lumia 830 is just one of those well-made and smartly designed phones that give you a run for your money priced at Rs. 28,799; and one will be hard pressed to find a Windows based phone within this price range and specifications.

For those using a rival operating system based phones however may not find it worth making the jump unless one really wishes to get their hands on the PureView camera that indeed features some excellent low light shots. It is the relatively low popularity of Windows operating system that makes it less of a preference but Nokia’s reliable hardware and a promising Lumia Denim upgrade with better features can attract many buyers.