Mobile phone usage has increased dramatically over the last decade and is poised to overtake  PC usage very soon. With the introduction of 5G and more powerful smartphones, millions of people will use their phones as their main connection to the world. In this article, we will highlight some interesting facts and statistics about mobile phone usage in 2020. 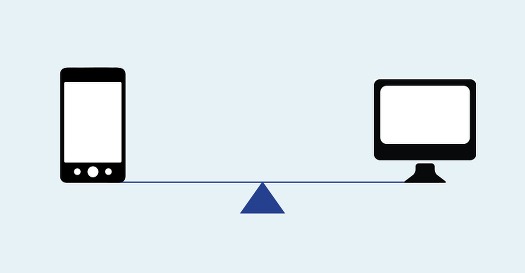 TechJury recently published a detailed report on mobile vs desktop usage in 2020. The article shows that mobile internet usage increased by over 10% over the course of one year. This is a significant increase, considering that mobile phone usage has been quite high for many years now. In the same year, desktop internet usage dropped from 54.86% to 46.5%, showing that more and more people prefer to use their phones for reading the news, using social media or watching videos.

The same article reports that millennials aged 25 – 34 spent 3 hours and 45 minutes browsing on their mobile devices in 2019, and over 52% of all website traffic came from mobile phones in 2018. These statistics clearly show that mobile phone usage is overtaking desktop usage across the world. The highest increase of mobile internet usage is taking place in Africa and Asia – the mobile internet share was nearly 60% in Africa and 65% in Asia. In the US, 63% of all online traffic comes from smart devices.

Here are some of the other key statistics from the report:

Billions of people use social media every day, and it is well-known that the majority of social media users browse social media on their smartphones. Mobile phones account for 80% of the time spent on social media worldwide. Facebook, Twitter, LinkedIn and most other social media sites are primarily accessed via mobile devices, and 19 out of 20 Facebook users access the social networking site via mobile.

Companies have prepared for the mobile revolution for many years. Virtually every service and website has a mobile optimised website or a dedicated app that can be downloaded. One of the industries that have embraced mobile technology is the online casino industry, which is worth billions of dollars worldwide. Most casinos offer thousands of slots and other casino games on mobile, and players don’t miss out on anything by playing on their phones instead of on their desktop.

Mobile e-commerce is also on the rise. It is estimated that mobile commerce will make up almost half of total US e-commerce sales soon. The share of online shopping on smartphones has almost doubled in just a few years. At the same time, desktop shopping is declining – showing that more people prefer to shop on their mobile devices. 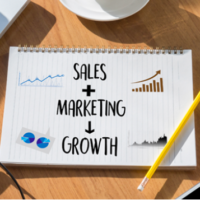 How to Use Sales Intelligence Software to Increase Sales 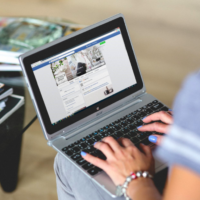 The Tools You Need to Create and Deliver Great Content