A custom version of Android with over 150 million users worldwide just got a major update. I’m here to walk you through everything that’s new & improved, as well as details like beta testing & release date. Spoiler alert: the changes are awesome. 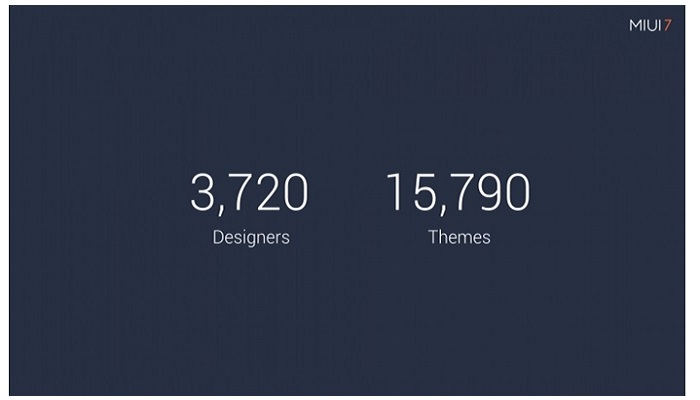 There are 4 new system UIs in MIUI 7 out of the box: Rosé, Pink Blush, Ocean Breeze, High Life. That’s of course not the only theme options you get. Xiaomi said that they have 3720 Theme Designers that created over 15790 themes. Combined, these themes have been downloaded over 3.7 billion times by MIUI users.

These themes are much more than just icons or wallpapers. On stage Xiaomi talked about how the theme gets designed, from the selection of the primary and secondary colors as well as icons, backgrounds, the flowing lines of the lockscreen and more. Rosé UI was used as an example here.

Xiaomi released a new tool called Muse. It allows designers to easily create new advanced themes. Main purpose is to create animated lockscreens easier. They showed us a few themes built on the new engine. Using Muse, designers can create new ways to unlock our phones, including an Instruments theme that allows you to unlock your phone using custom pattern of music instrument. That’s just one example of what can you achieve with this new tool and we’re very excited to see what developers can create. New lockscreen is not all about design & looks. Themes can accommodate useful information like stock values or football scores. 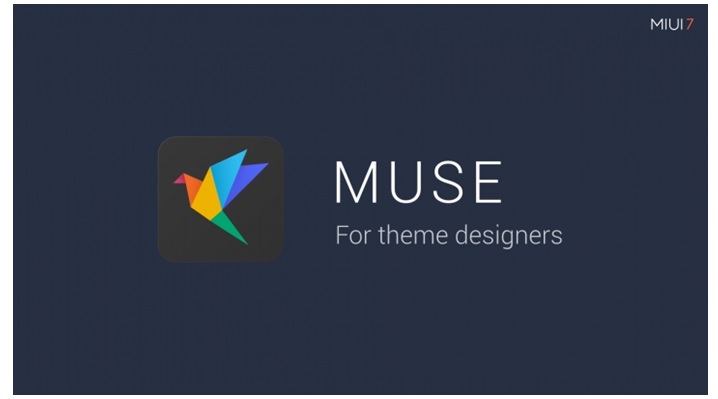 MIUI 7 can change your lockscreen background to a different, award-winning photograph every day. Every image is high-resolution & licensed by Xiaomi. This option will be launched initially available only in India & is of course optional. Whole UI is designed to give you the option of five different font sizes so you don’t have to look on tiny fonts on your big, high-resolution display (or make them even smaller, it’s all up to you).

Design isn’t everything after all & Xiaomi seems to understand that. With all the improvements to CPU management, MIUI 7 it’s set to launch stock apps 30% faster. That’s achieved by a new way to manage CPU clocking. We hope that improvements will also apply to third-party apps. 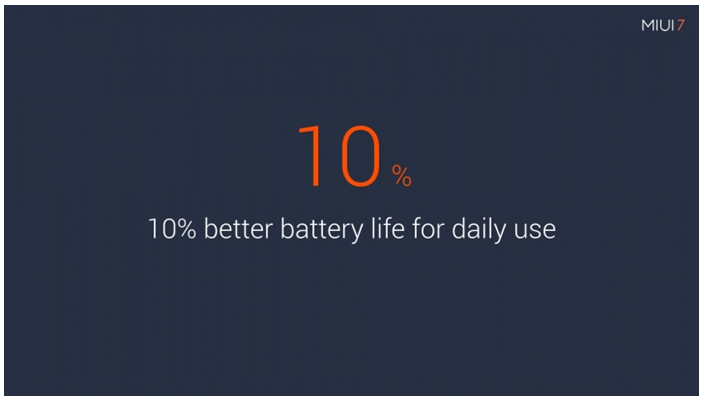 Xiaomi made a bold statement that users will see 10% better battery life in comparison to MIUI 6. You can also potentially improve your battery life even further by restricting apps from using background data. 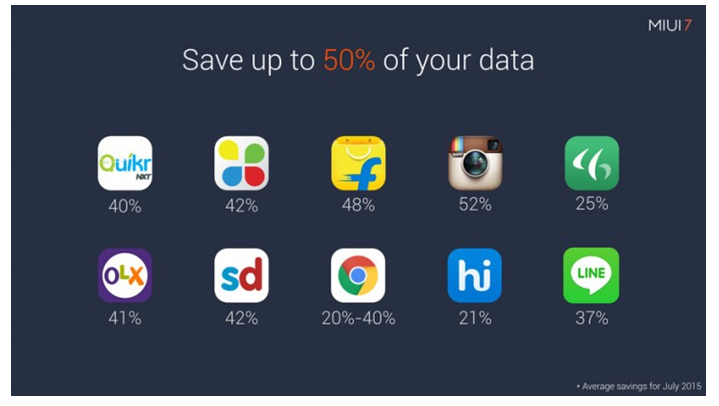 Depending on your data allowance you may want to be careful how much data you use. With MIUI 7 not only the browser will use up to half us much data but all apps. This uses a compression method created by Opera that allows you to save up to 50% data. This feature was actually launched a year ago in China but will now be available internationally. 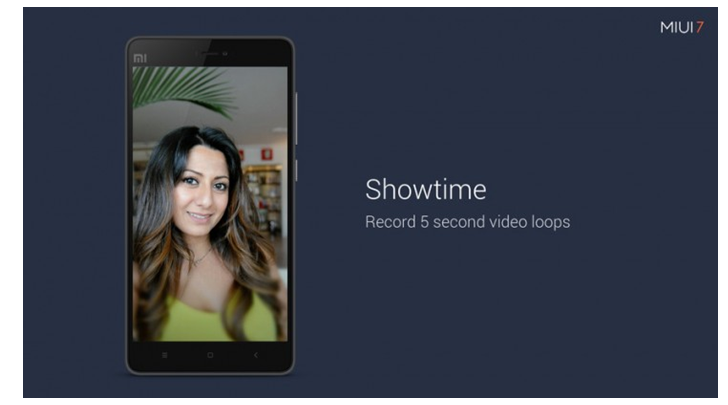 Another new feature is called Showtime. It allows MIUI users to show a pre-recorded 5 second video as a Caller ID. I don’t think this particularly a feature that will be used quite often – but it’s there if you want it.

Kid mode was also introduced. You can setup whitelisted apps & give your phone to your child being confident that he or she will not mess anything up. Baby album is a feature focused on kids and can recognise children’s faces to make your gallery less of a mess. Caller ID is launching only in India, for now at least. 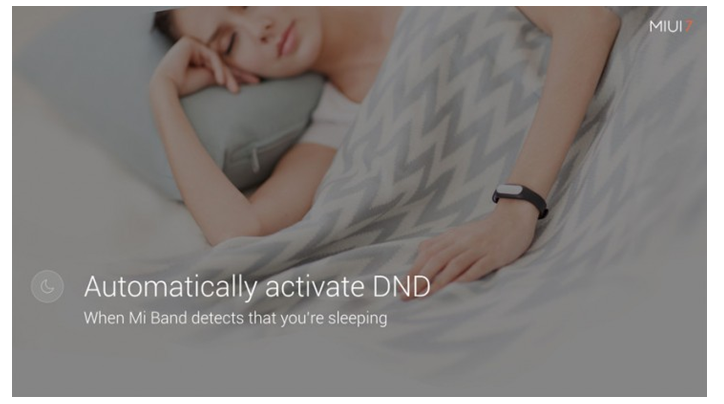 Xiaomi highlights that India is their most important market right now & Indians are a big part of their community. That’s why MIUI 5 includes a couple of features designed for specifically folks in India. You can skip annoying voice prompts with Interactive Visual Response (IVR). Available on for banking, booking air tickets and more from 50 Indian partners including Citibank, ICICI bank, Spicejet, Indigo, Tata Sky, HeroMotoCorp, and more. 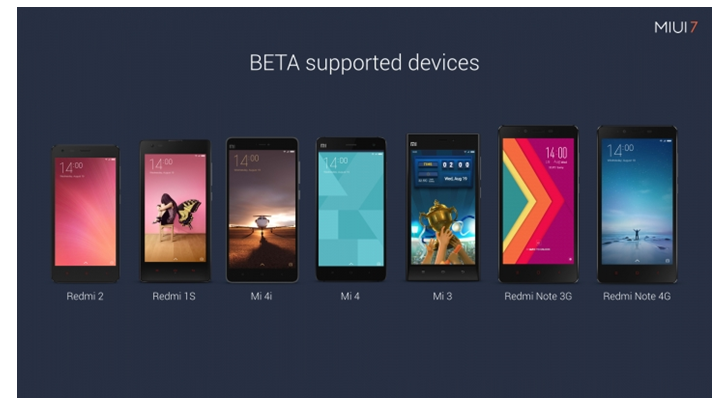 First beta build will be available on August 24th for certain Xiaomi devices, including the Redmi 1S, Redmi 2, Mi 3/4/4i, Redmi Note 3G/4G. Keep in mind that these will be experimental developer builds which are not meant for day-to-day use. MIUI 7 will be based on Android 5.1 Lollipop only on the newest device in Xiaomi’s lineup – the Mi4i. On any other phone it will be based on Android 4.4 KitKat. In any case, it won’t be visible under MIUI skin and shouldn’t make any difference for the end user.

MIUI 7 definitely is a great improvement over version 6, with better performance, new & improved themes and many new features. You will not be disappointed with the upgrade. We are not aware of any release date for now but we’ll let you know as soon as we hear anything.