When we were once kids, it was a much fulfilled feeling even if we had nothing. This feeling of ease and love was further heightened if the lucky ones amongst us were accompanied by a pet. A pet has the power to nurture love in people of all ages. Some own dogs, others own cats and there are further more depending on a person’s likes. On a similar note we have in recent years enjoyed the company of Talking Tom, an innocent looking devil who would mock your voice in funny accent.

After a colossal success of Talking Tom comes Talking Angela, the cat next in the Talking Tom series. Outfit7 has managed to create a yet another genuine and appealing idea of Talking Angela. But this has not been created to mock your voice in a female form, because it is not an app but a game. It is that one game which will give you the feeling of being rich, and it does so by the lavishness that you could show towards Talking Angela. 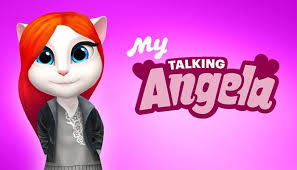 In this post I will tell you how to download Talking Angela Game for Windows 8/8.1/PC and MAC

The plot of the game is as simple and lovely as it could be. As a player, you are supposed to adopt Angela as a kitten and then nurture her. Yes, you are responsible to love and grow her like her own mama kitty. When the game begins, you will find Talking Angela purring and asking you to adopt her. As soon as you take her responsibility you begin to feel the reality behind taking care of a daughter. 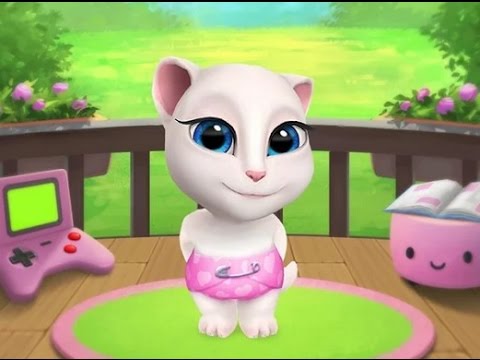 Talking Angela game has been distributed into different stages, starting from cradle to fashioning her as a full grown gal. The routine is set like any other day as a parent, where you begin with feeding her and thereafter brushing her. While performing these kind acts you will start to receive reward points, earning you easy money to the next level. You will find those golden coins raining over you as you floss and brush the kitty, and even when you bathe to clean her.

The entire plot is a real life simulation, as each detail has been carefully fed into the game. The part where you get to switch off the lights so that Talking Angela can get a nappy will really get to that feeling of petting a talking cat. Enjoy this time with your talking pet as you dress up Angela in the latest fashions and the cutest costumes and give her the most amazing hairstyles. 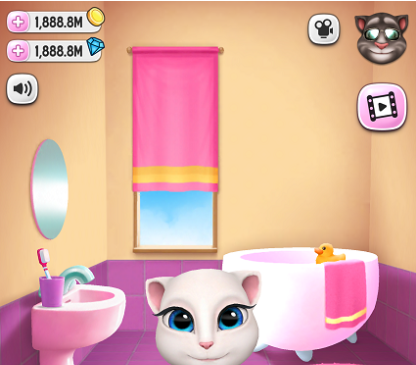 She will grow with you, while you accompany her to play kindergarten video games. But the key idea that you should have in mind is to collect the Talking Angela stickers which you collect and help maintain in a scrapbook and that too in serial numbers. You can also engage yourself into trading stickers with your friends and collect rare stickers to earn riches and spend it lavishly over Angela.

While spending all these riches, you will also get the liberty to build Angela her own house at your favourite location, while also managing the view from her terrace. I bet it’s hard to get there in real life. The stock of clothes that lured you into fashion stores will be the inspiration for you to dress Angela vividly. The money in the game is as virtual as money is in reality, so go ahead and make her day.

You are her mother, fashion designer, hairdresser and everything that you could be to comfort her, as she has life like feelings. Make her home beautiful and feed her delicious treats. Talking Angela will sing to you and repeat after you as you speak with her. So engage with her on the screen and watch her respond to you as she quickly turns into your best companion.

What if i told you that you can download Talking Angela Game for Windows 8/8.1/PC and MAC?

As much I loved temple running on the large screen of my phone, I have equally rued over the fact that it often hanged and that I couldn’t play it on my laptop. But the quicker I realized of websites that could convert Talking Angela into a game portable with my computer, the sooner I got it done. No hard guesses, good games deserve big screen and best in class stereo sounds. Thanks to technology that we now have worthy android and iOs emulators like BlueStacks and Andyroid. What these emulators do is that they simulate an android ambiance in your system, allowing it to be a functional platform even for high end graphic games such as Talking Angela. 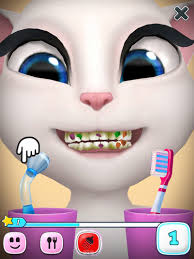 Here is how to download Talking Angela game for Windows 8/8.1/PC and MAC using BlueStacks 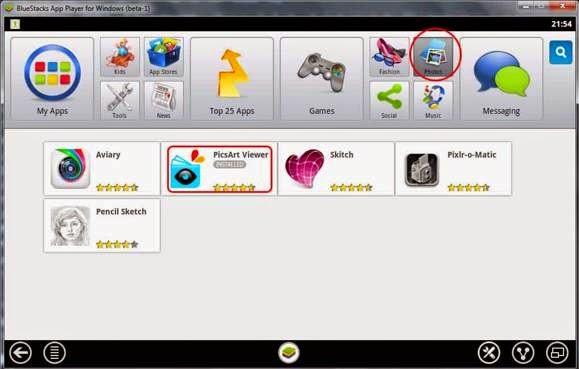 Just follow the below steps and you can own your Talking Angela Game in just no time.

Here is how to Download Talking Angela Game for Windows 8/8.1/PC and MAC Using Andyroid