We are kids, we are men and we are people from all age groups but we cannot deny the presence of comic heroes in our mind. The clarity of their action and the perfection of their language has already imprinted a world of its own. The favouritism that superheroes gain is also evident from the fact that millions of viewers stay tempted to watch the next movie in series. So here is your chance to enjoy the high grade heroes and villains as the game characters come alive in the Marvel Contest of Champions. In this post I will tell you about how to Download Marvel Contest of Champions Game for Windows 8/8.1/PC and MAC.

You must have enjoyed the latest series of movies beginning from Spiderman, Spiderman and developing all the way to Avengers. And playing as one of them with their special powers pushes the game to an addictive level. Yes my friends Stan Lee’s Marvel Universe in collaboration with Kabam games has published an intergalactic battlefield where the legends participate in a head on clash. 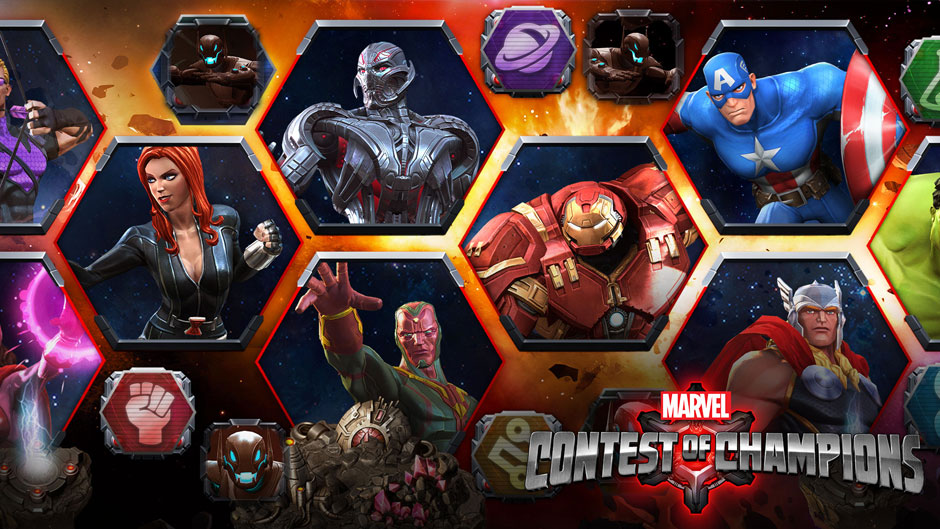 In this post I will tell you how to download Marvel Contest of Champions Game for Windows 8/8.1/PC and MAC

Contest of Champions is the latest release under Marvel’s gaming banner since December 2014 and is a freemium service. The service platform has also ensured a complete coverage on iOs and Android with its functionality being restricted to mobiles and tablets. The game scenes include many historic fights among superheroes that have already been released in the previous comic editions.

The plot of the game involves the members from Avengers, X-Men, and Guardians of the Galaxy, The Brotherhood, Inhumans and X-Force falling captive to the powerful hands of The Collector. If you have watched Thor 2 (The Dark World) then you could recall collector as the guy who receives the Infinity Stone from Asgard. I may sound like a geek, but I truly love my job right now. 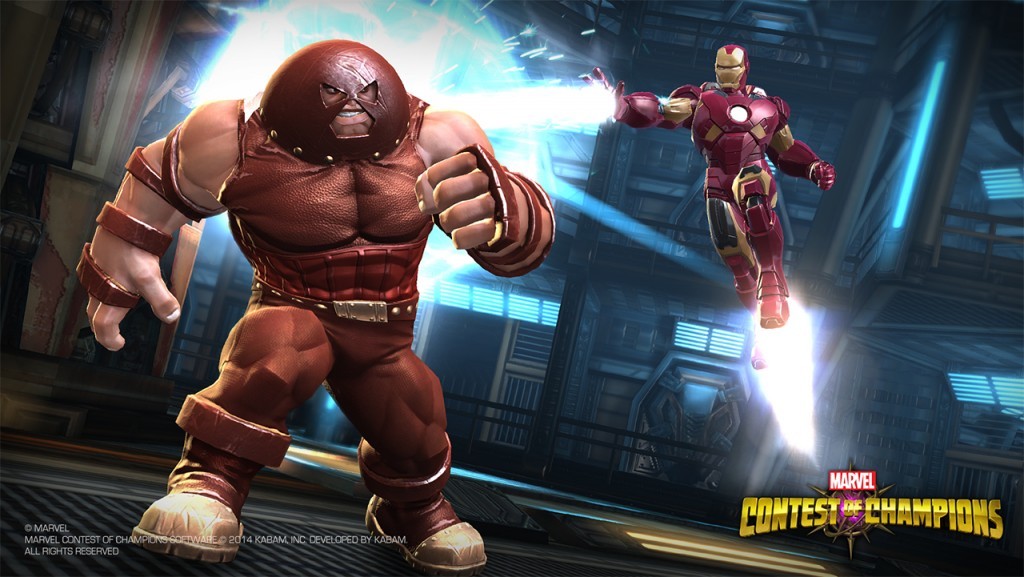 The world of heroes has fallen and its fate lies in the hands of Collector as the master. As a warrior of the earth you are summoned to join The Collector in a cosmic fight against Kang the Conqueror. Although you may be a hero on earth, but the changed atmosphere has a commanding presence in your mind which pushes you to fight within your clan.

The Marvel Contest of Champions is a high definition game available in 1080p and pulsating sound quality. If you win the battle then you shall own untold powers but if you disappoint the Collector then be prepared to join rest of the comic characters as an addition to the collections.

The controls of the game are also simple and are instructed with practice shot on live opponent. Once you are through practicing, the real fight begins. Tap on right side of your screen to pull light attacks, however swiping to the right implements medium attacks. As for defensive tactics you just need to tap and hold to the left of the screen. In case if your opponent defends himself then you can breach his blocking with a heavy attack. Just tap and hold on right side of the screen to punch heavy blows. 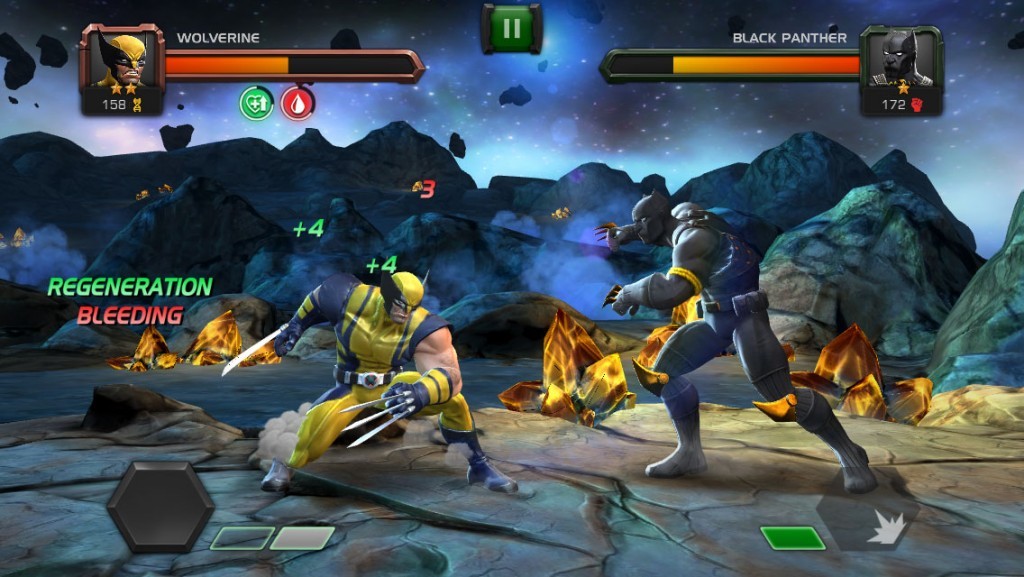 If you notice you will find the controls to be in simple and mirrored combination, which allows you to attack with the best signature moves of your character. If you hold on and beat your enemy well enough, then you will also be boosting up your power level to pull special attacks. So from simple punches, backflips and relentless kicks to 3 punch combo; all are available depending on the profile of your hero. You can mix light and medium attacks to create combos.

Besides every kind of tricks you pull you will still be reminded by the Collector that he is the master who lends you the heroes from his collection. Yes, they are rented to you in exchange of reward units as the Collector does not wish to spoil the mint condition of his collection. Time and again you will get to choose and unlock your heroic representative from their crystal prisons.

Marvel Contest of Champions offers one-on-one fight and alongside arcade style fighting in its multiplayer option. Due to its social network connectivity you can also invite your friends for Role Play Gaming (RPG) wherein they will be fighting as the character that they have managed to unlock. The page after page replication of comic battles makes the script even more intense.

Call in your friends to join you in alliance quests as summoners. With the RPG model you can take a leap in the quest by using the specially designed maps. So tag up with your buddies to build your own army of superheroes and command them to seek vengeance against Kang and Thanos. You must forfeit your challenges to keep the world intact as the new cosmic power rises to annihilate the Marvel universe. 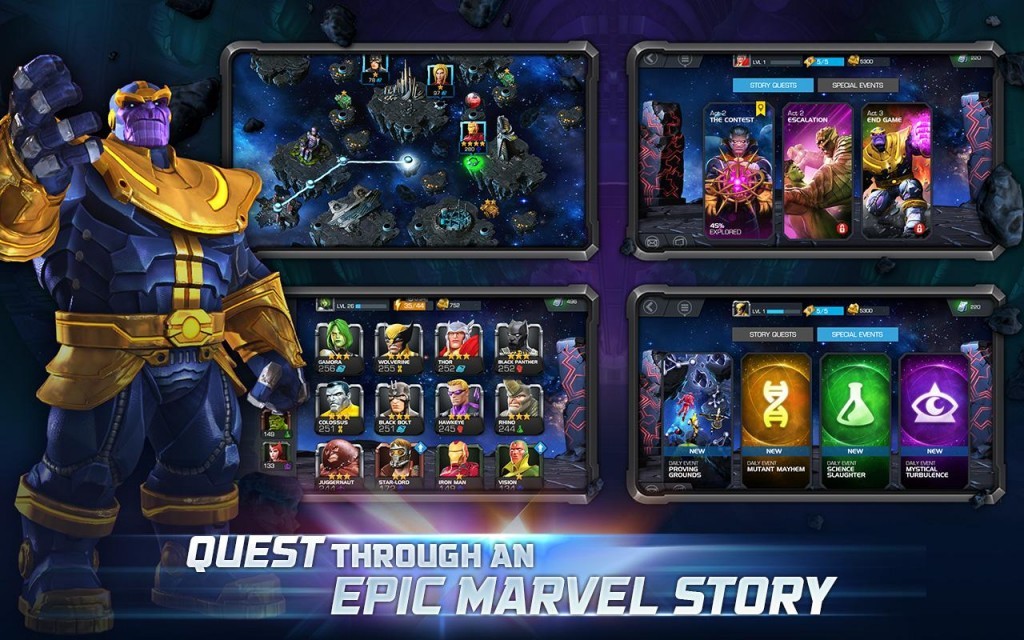 The game was released in the December month of  2014 but its impact has been very dramatic as it has been ranked as Editors’ Choice on App Stores in over 100 countries. The craze can be well calculated with its whooping downloading figures of about 33 millions. The concept of 3D style fighting arena conducting clashes in a parallel universe adds another dimension to the game.

Being the home ground to all sorts of heroes and villains Marvel Universe has quite a lot at its disposal including most iconic locations such as Avengers Tower, Oscorp, The Kyln, The Savage Land, Asgard, the S.H.I.E.L.D. Helicarrier etc. Marvel is in every way standing as an adamant competition to DC World, even with Contest of Champions it tries to gain lead over DC games like Injustice: Gods Among Us and The Dark Knight Rises. While they are busy contending for the top title, the audience is enjoying an extensive variety of epic games and movies.

What if I told you that you can download Marvel Contest of Champions Game for Windows 8/8.1/PC and MAC?

As I have already described, the quality of the game has not been compromised from any end. Marvel has ensured that its fans all over the world get to have the best time on their phone or tablet with their favourite heroes. The 1080p high definition game is waiting for you to conquer its world. But playing an epic level Marvel game seems to have poorer fate to its heroes than the Collector himself. As a diehard Marvel fan I am not intending to question its outreach, but I personally feel that the game deserves the wide screens of a home PC or laptop. The purely action oriented sound quality deserves to reveal its beats on the surround sound speakers and not just on headphones. I am juicing out the best of this game on my system, what about you? Even you can enjoy MARVEL Contest of Champions on  any amongst the Windows 8/8.1/PC or MAC OS by using iOs and Android emulators. These emulators simulate an ecosystem in your device that makes it apt to run the game. I mostly use BlueStacks and Andyroid to get the fun going. Read on and follow the steps to unleash the best that this game has to offer. 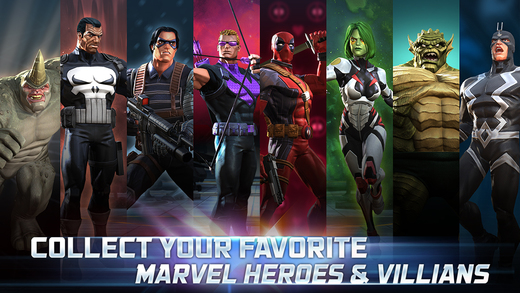 Here is how to download Marvel Contest of Champions Game for Windows 8/8.1/PC and MAC using BlueStacks

Just follow the below steps and you can own your MARVEL Contest of Champions Game in just no time.

Here is how to Download Marvel Contest of Champions Game for Windows 8/8.1/PC and MAC Using Andyroid

Download Andyroid from here. The installation is simple and pretty fast with a fair Internet connection.