HostGator is one of the leading global providers of web hosting services. It was founded by Brent Oxley in his college days (2002). Today it is one of largest web hosting providers and has been rated best by many.

People who venture into online careers often ask me about which web hosting service they should opt for. It is a very general question. You see, different hosting providers can provide you with different packages. It is up to you to research and decide that what suits you best.

HostGator is a web hosting service that’s relatively easy to use, though it does require you to spend some time learning your way around the service. Not all of its features are intuitive, and it will likely take you a few minutes to learn how to navigate its interface. It’s a similar story with the service’s support; it’s good but there is definite room for improvement. Here is our Hostgator Review.

On the HostGator website, you can read the frequently asked questions, browse through user forums or view video tutorials. You can also contact the company for technical support via email, live chat or toll-free telephone. While we think the company expertly strikes a balance between good help documentation and effective contact methods, we’d like to see better response times; more than once we waited to speak with a rep online and on the telephone for nearly an hour.

I have been using Hostgator for just over 5 years and have been happy with them all in all. I came across them, since many other bloggers I follow use Hostgator also and recommended them. Currently I host 10 sites on a shared plan (baby). When accessing my sites they always respond well speed wise, so no complaints there.

Their 99.9% uptime guarantee has been upheld as far as I can see – so far my site was only down 1 time for 1 hour, so it was quickly rectified. In the time it was down I received an email explaining what had happened, so I was happy with the communication.

I have often heard bad things about Hostgator’s support provision. So far I have only needed to use them 4 times, so it may be harder to judge than people who have used them more often. Nonetheless, each time they responded relatively quickly and managed to resolve my issues.

One of my support requests was a billing enquiry to change my billing cycle, which they changed no problems. This was taken care of within 12 hours. 2 of them were questions about the control panel as I didn’t know how to find particular items in it – again, simple and clear explanations which were responded to within about 5 hours.  The last was an account migration, which worked out well. To this they got back to me within 12 hours. I am not aware of what their SLA’s are for response times, but for what my issues were, it felt satisfactory.

I have to say that besides the downtime I haven’t had any major issues, such as being hacked for example. This means that I haven’t been able to “stress test” their support so to speak.

In no particular order, here are a few things I like about Hostgator:

No webhost is perfect, so here are some things that I don’t like:

Who should use Hostgator?

As entry level plans are affordable and relatively simple to setup – it is quick to get going with your website. For this reason I think that Hostgator is suitable for people just starting out – especially beginner bloggers looking for that first WordPress setup.

A bit further down the line, with VPS or dedicated servers I think other hosts are more suitable as they specialise more than Hostgator do. A blogger for example, relatively far along in their blogging journey would be better off with other services, offering specialised WordPress hosting. This is the only reason I would give them 4 stars instead of 5.

How To Set Up Hostgator Web hosting Video Tutorial 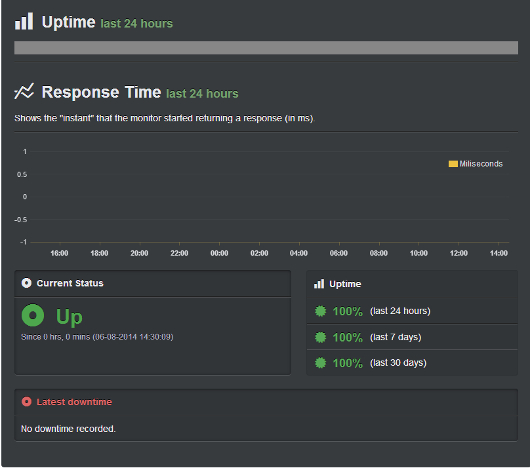 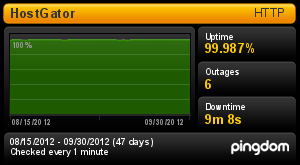 Should you buy Hostgator?

HostGator hosts over 8 million domains and is known as one of the well-reputed web host in the industry. With 1-click WordPress installation, 99.9% up time gurantee, and 24/7 support, it’s a smart and easy choice.