Though  the apple store was not the first store of apps, but it has given a very tough competition to its competitors in the very first week. According to Steve Jobs, CEO of the Apple, it is tough to catch up with apple store for others.

In the starting week apple store generated more revenue than google play. In a very less time google play narrowed down this revenue gap. The main reason behind it was the growth of use of smartphones, also the growth of middle class population. The U.S. and U.K. markets were the most important market for its growth.

Below are some comparison between Apple App store and Google play, which would help to take buying decision. 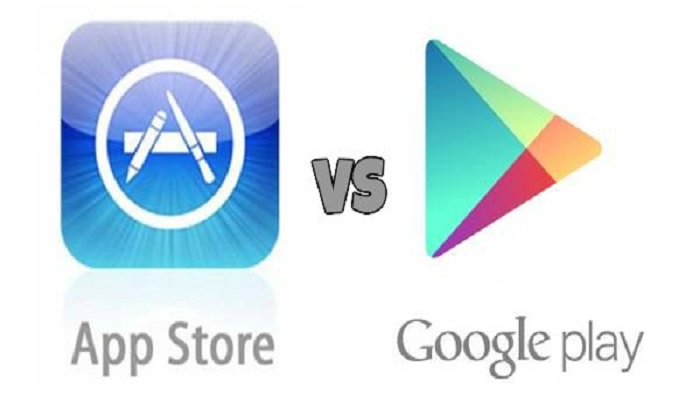 Thus on the basis of end user we can decide for the market. As stated above the resons for revenue gap would depend on number of factors. Economic condition and area of interest. Whether one needs it for games or business purposes. The better datas of growth can get from advance payment receipts for this applications. The increase in the use of these products due to increase in social networking sites.

Also due to introduction of cheaper iphone in the market. Google play hold a dominent position in the market. It also add value in economic growth of the country. Duplication reduces the growth. Its better to avoid to buy duplicate materials.