There is an expiry date to everything that you see around yourself, including the laptop that you are reading this article on. It sounds quite painful at first for every laptop owner, especially the ones who make a living out of it. But don’t you worry, as there is a health hack to this inevitable corruption of aging as well.

We are not asking you to jog with it; rather you are only needed to keep the system clean with the right set of tools. So far you have only tried cleaning the ‘temp’ files or formatting the laptop in worst scenarios, but it’s time you get to know of the master in this genre; CCleaner. In this post i will also tell you how you can Download CCleaner for PC or laptop on windows 7/8/8.1/10 & Mac

The boldly performing CCleaner aka Crap Cleaner wipes the targeted waste and malicious items while sensitively handling all your personal and business data. The ingenious brainchild of the renowned Piriform accomplishes its purpose by clearing the system off potentially unwanted files like temporary Internet files, and invalid Windows Registry entry saved within the system i.e., the unused files and settings that take up the unnecessary hard drive space.

But what is wrong with Windows Registry and the saved data for the auto form-fill option? Well, of course, no one wishes to fill through forms over and over again, especially the address part and places that demand some specifically assigned number. 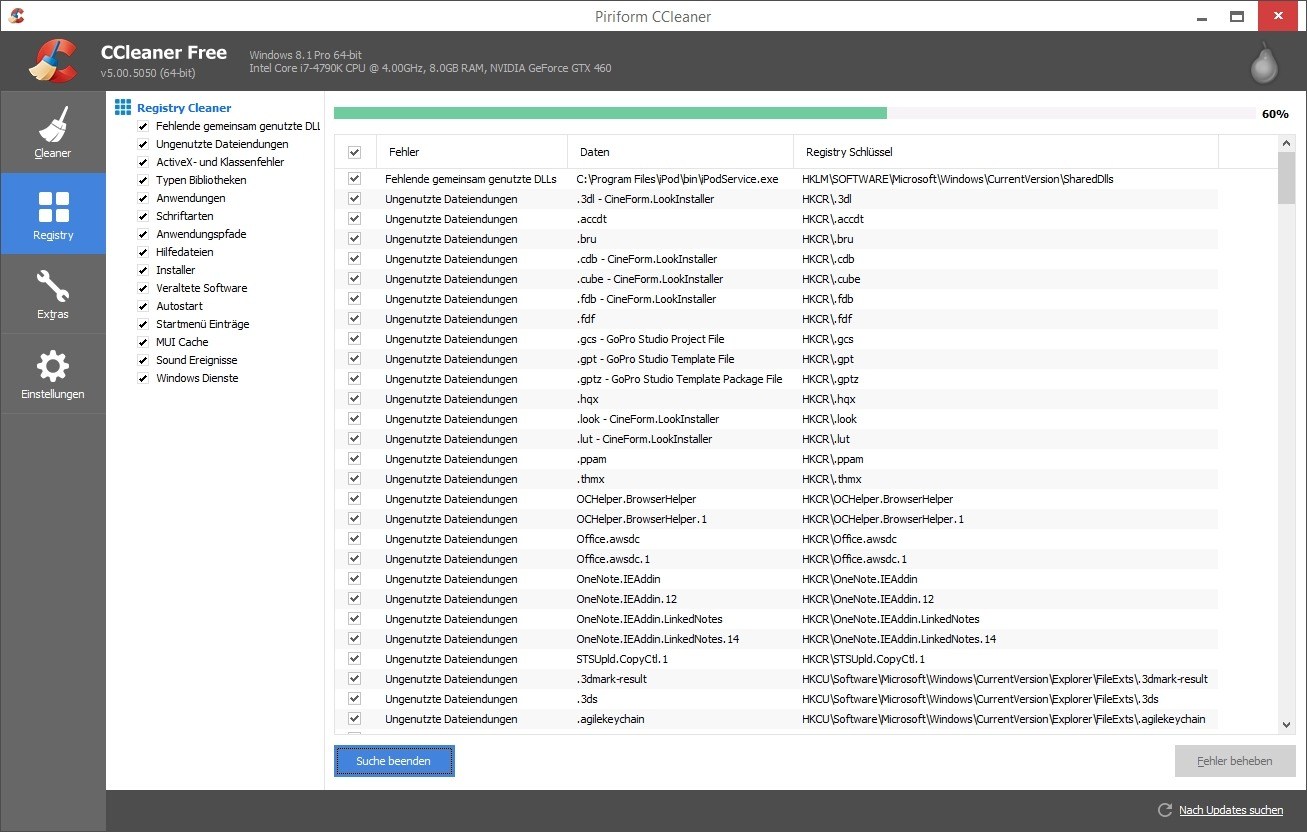 Believe me, it is still for the betterment of your beloved PC/ laptop, as these registries become disoriented with time and untidy the system from within. The licensed CCleaner registry cleaner pinpoints the areas of interruption and clears the crap out of the system configuration. This relieves the system with fewer errors and diminishes the chance of crashing.

The powerful CCleaner can reach through missing references to shared DLLs, application paths, and unexploited entries in file extension, for an ensured longevity. If you are using the version 2.27 or later ones of CCleaner, then the cleansing process can even tackle Metafiles present in free space or you can opt to defragment the entire drive. 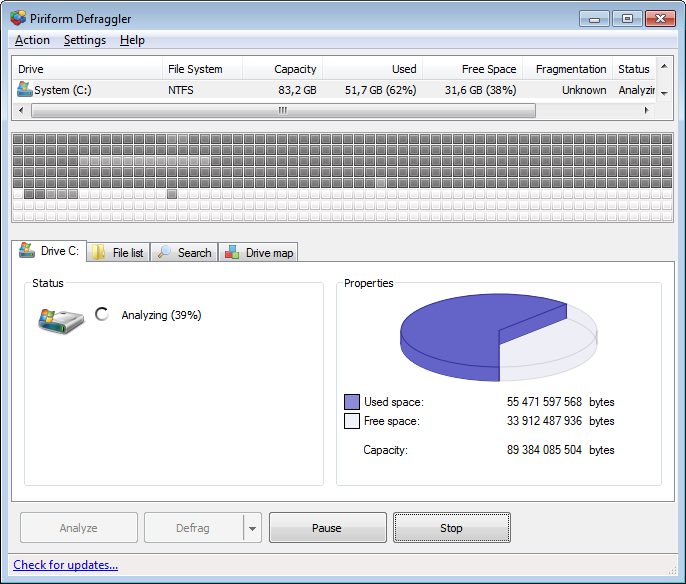 Shedding this extra load brings an instantaneous impact on the system performance and is reflected in the improvised user experience. But CCleaner is not just another waste cleaning app that shuts down the running applications to provide you with a temporary relief. This densely coded application comes with a host of features that looks into every relevant field that can cause your system to slow down or even crash.

Its utility box includes tools that can straighten any form of hay wiring in your files, by expunging nuisance articles and reaching deep into the Chrome’s Omnibox for a hassle free Internet browsing. However, these advanced features are not the limit to its abilities; rather CCleaner can delete temp files and unwanted material from a majority of other programs and browsers.

As for a seamless Internet surfing, CCleaner specializes not only with the Google Chrome but also across the major browsing applications, that includes Internet Explorer, Mozilla Firefox, Opera and other known ones. So, even if you browse on anything other than Chrome or jump through a large number of programs, you will never fall short of assistance. 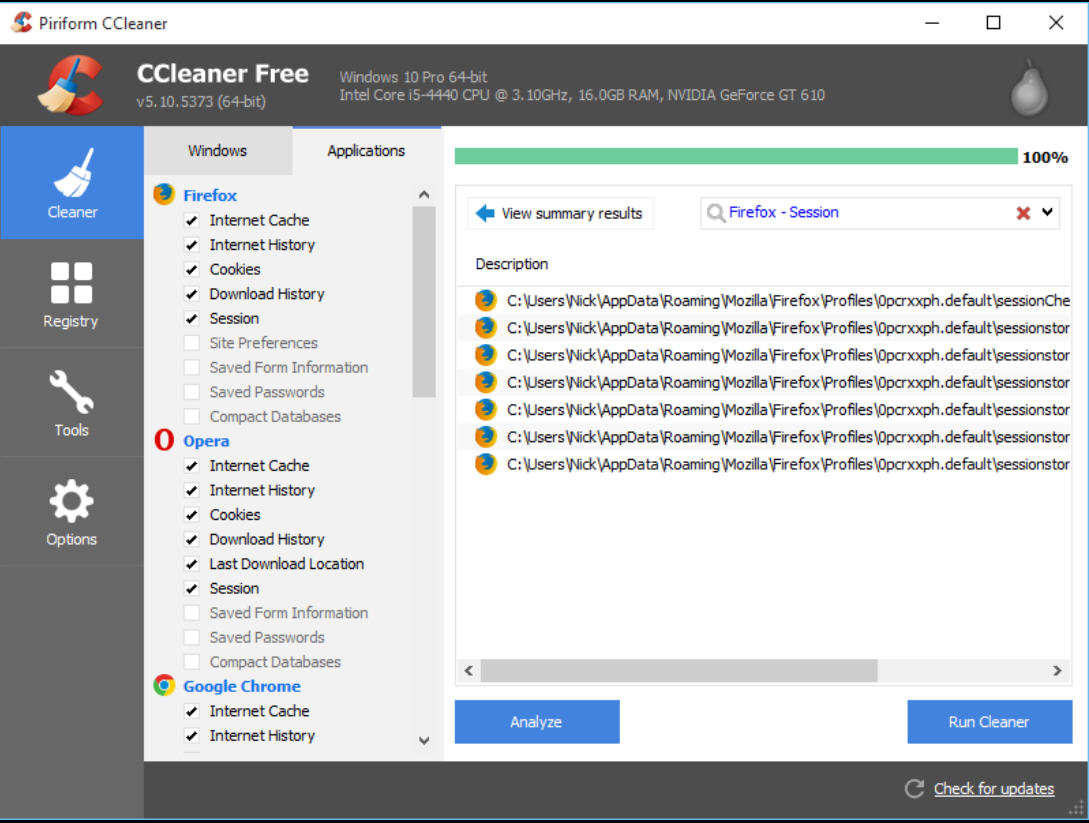 CCleaner, the professional waste exterminator is smart enough to take over the PC networking of an entire campus and is widely used by schools, colleges and companies for tons of commercial purposes. So, it not only optimizes and monitors your domestic system but also caters to a large range of IT needs.

Some of the most commonly handled things that CCleaner is deployed for, are the remote fixing of bug, harvesting system info, and displaying essential conditions like CPU load, memory availability and statistical analysis. Once it is through with the scanning process, CCleaner provides with predictive alerts via emails and notifies you with every essential detail that you should be known to.

Other than the list of software that you deliberately choose to run in the background, there are many a programs that might still be running in a silent state. This concealed networking of algorithms keeps you in the dark about the things that they may be carrying and are capable of putting the laptop in a harm’s way. CCleaner untangles you from these unwanted strings by disabling them and lets you play with full capacity on the system.

Its automated programming can be scheduled to run such optimization processes at the specified timings and can even manage your PC from the remote corners of the world, via the Internet. Recently, CCleaner has also been launched itself on the Cloud platform for a greater ease of access. This way you can get instantly started with the whole optimization thing in less than a minute. 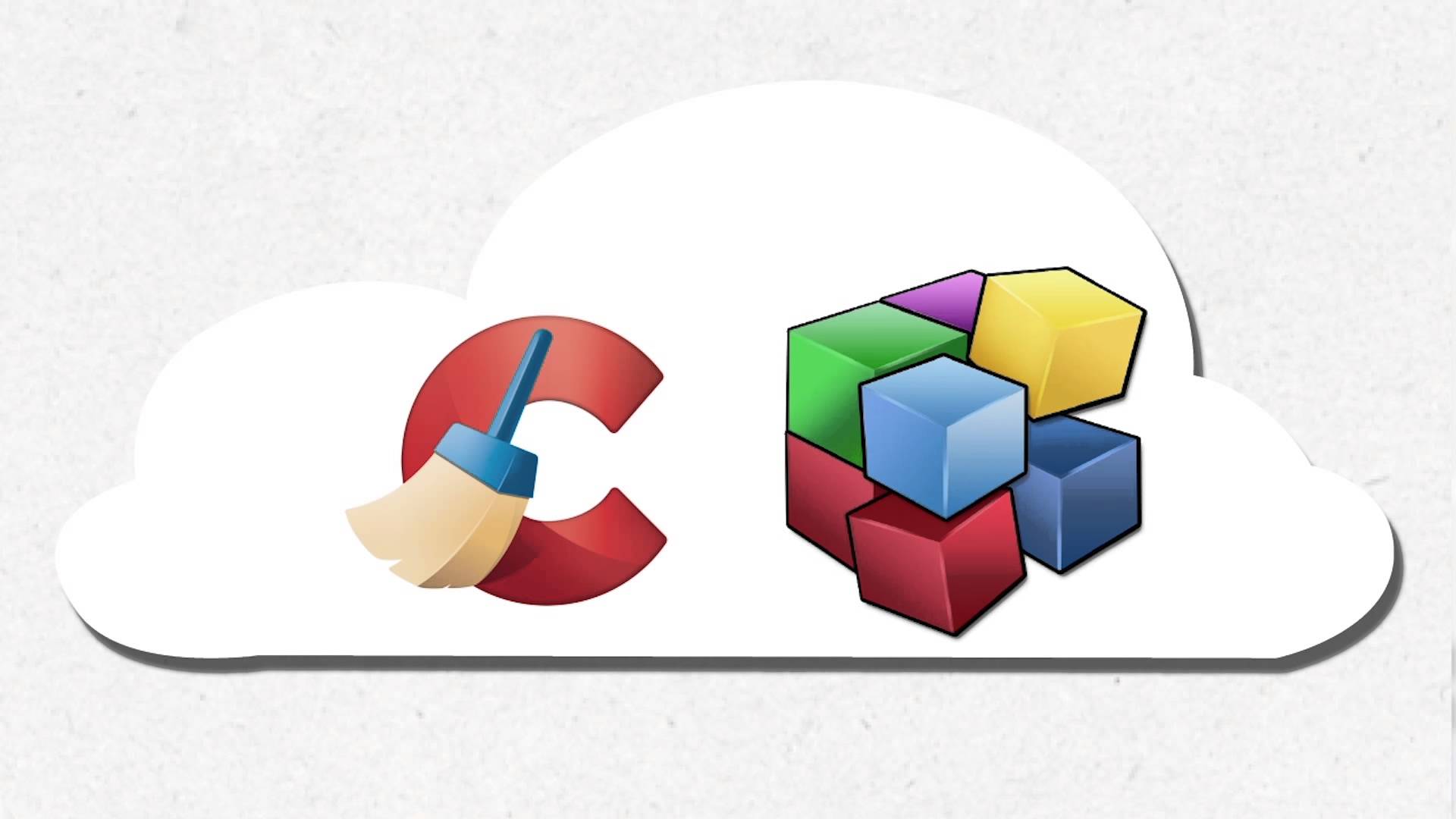 I found the user interface to be quite friendly, as it does not require a professional training to be operated in the most precise way. CCleaner scans through every connected PC in real time and assists you with both micro and macro customizations required. It seeps through the system and helps you in even adding or removing the installed software, thus eliminating the space occupying applications that are doing no good.

Have you ever realized that the digital advertisements flashing on your screen are very relevant with your current personal needs? Well, it is because of all the bread crumbs that you left in the cookies and browser search history that the online portals use to manipulate you. 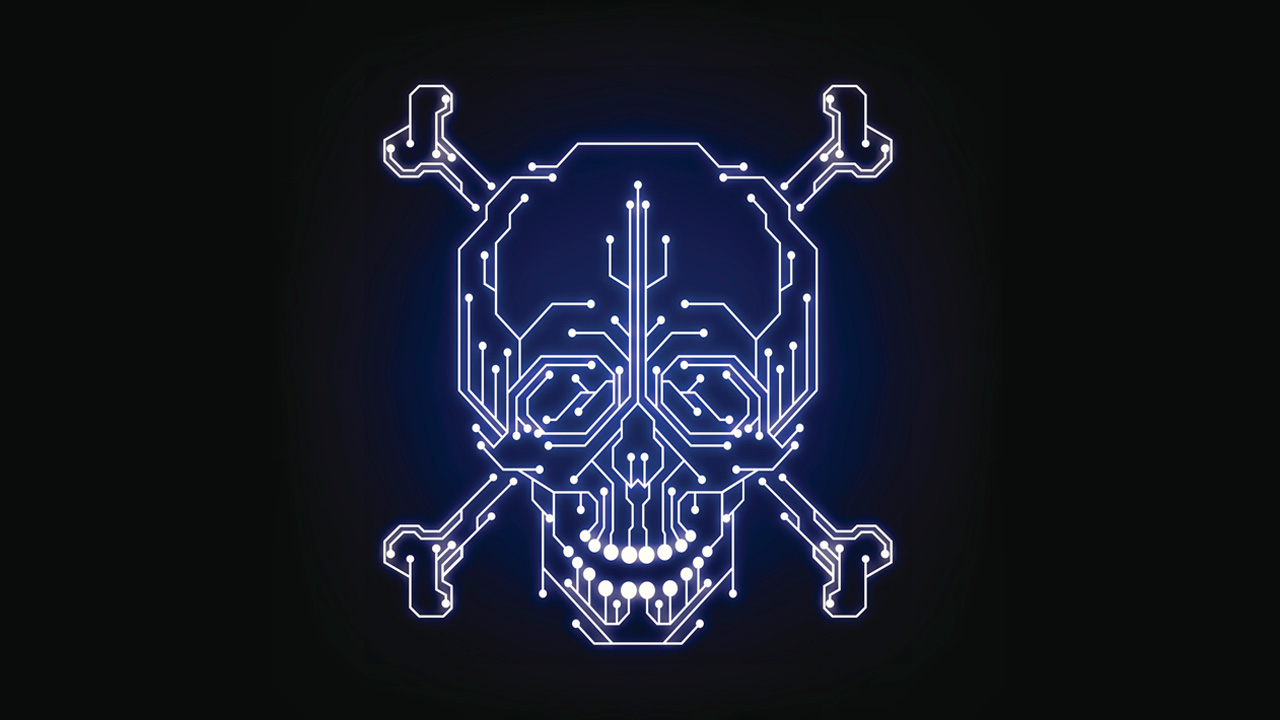 This can be considered as quite the jeopardy on your online anonymity and leaves you vulnerable as per the security protocols. CCleaner removes this trail from your computer and in a way improvises on the confidentiality with an incognito mode.

The entire package is quite a humongous one, with the number of things that it is capable of dealing with, but what will amaze you even more is its compatibility with Smartphone.

Realizing the fact that today’s generation Smartphone is under no less of a threat than an average computer, CCleaner is now also available for optimizing your phone against malfunctioning from the needless load. Now you can reclaim those precious megabytes of your phone storage by getting it streamlined with the CCleaner app.

Without taking a lot of space for itself, CCleaner quickly uninstalls any application that runs without serving much of a purpose. The Smartphone version is quite compact and efficiently regulates the CPU usage for a render free operation. It will ease your phone from the excess data use in just a few clicks and dispose of every pulling factor.

Additional benefits provided with the mobile version of CCleaner are, a quick peek on essential factors like the phone’s temperature, battery consumption rate, and also the storage space vacant in the internal memory and RAM. Unlike other commonly downloaded app cleaners that bug you with clusters of advertisements and contradict their sole purpose, CCleaner is absolutely free from ads. 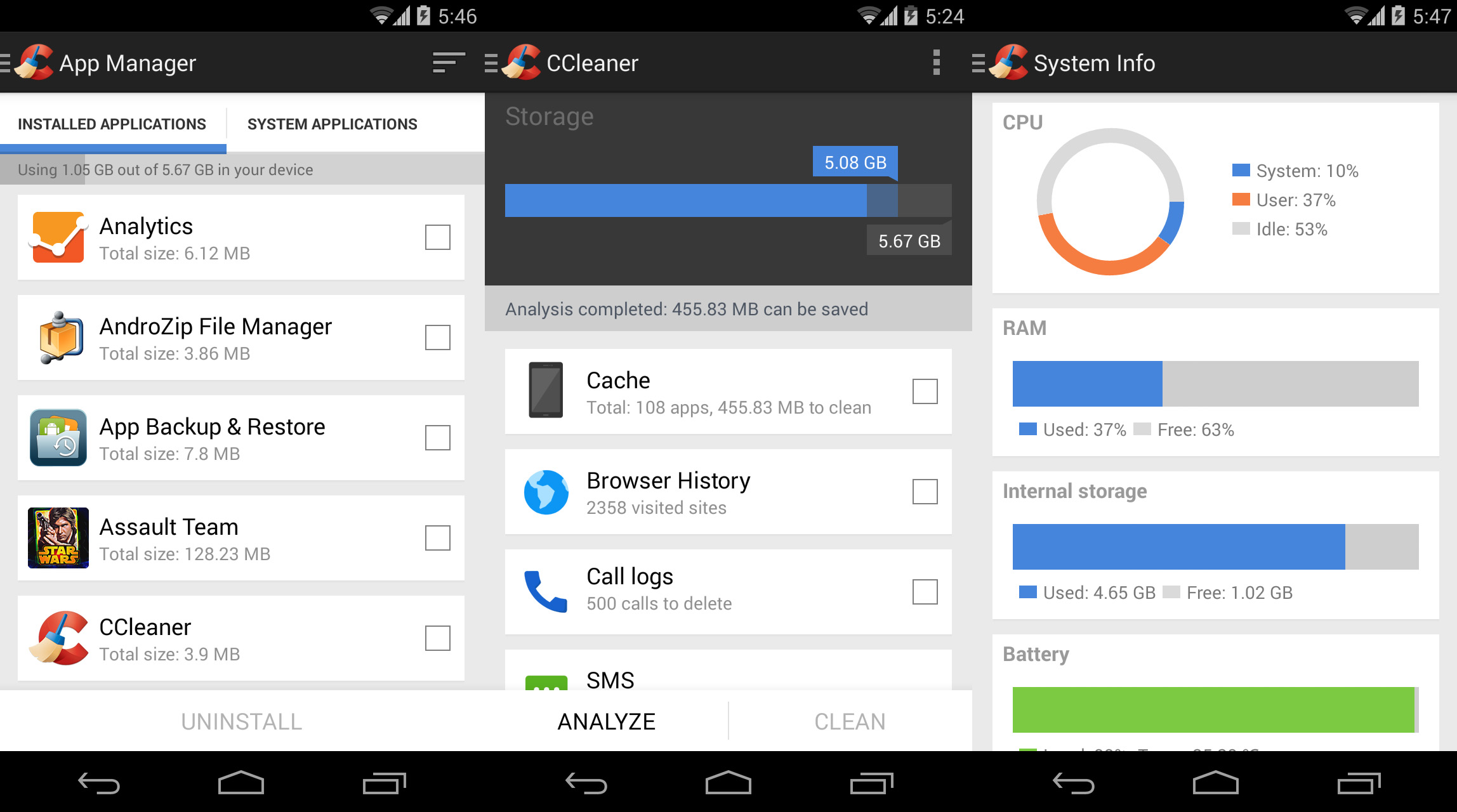 So far, CCleaner has managed its share of the world fame by providing with top of the line service and an intuitive environment to operate in. The one click cleaning is an absolute hit among millions and is critically acclaimed for performing its job with the power packed features.

It is available in over 47 languages to resolve every man’s issues with his computer or Smartphone, irrespective of his mother tongue.

ATTENTION: How to find complete details about CAT & GMAT exams 2015

CCleaner automatically updates itself to stay at par with the competition against the constantly developing contagious items. It’s version 2.19.901 and later ones are even capable of deleting system restore points, to avoid an unauthenticated surfing through your previous tabs.

Depending on the expansiveness of your everyday need, advanced versions of CCleaner can also be purchased for options like real-time monitoring of the system, disk defragmentation, file recovery, and scheduled cleaning, and all of this with a premium support from the company. 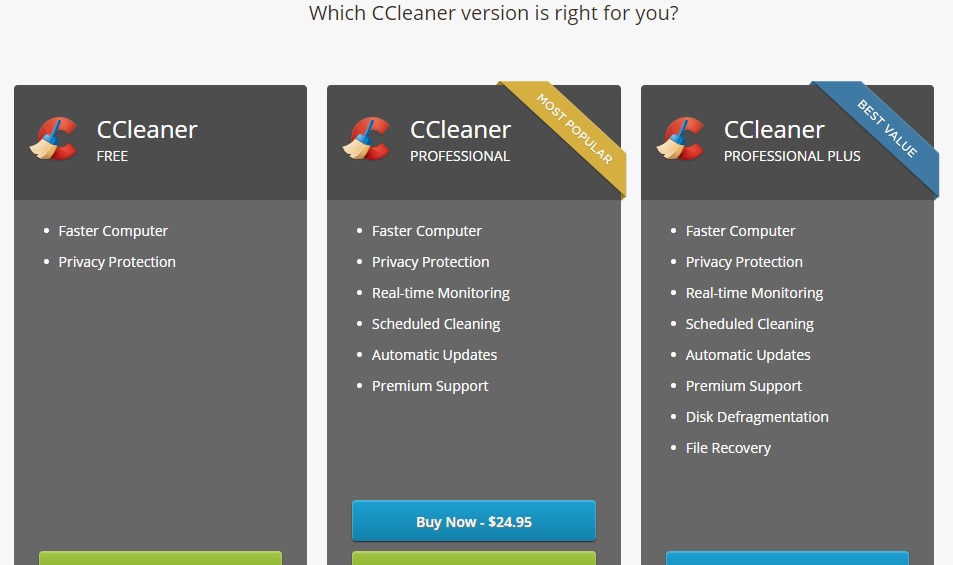 The CCleaner professional can be bought for $24.95 and also comes with a free trial option to ensure customer satisfaction. While, the best value package of CCleaner comes under Professional Plus and can be downloaded against a payment of $39.95.

The Apple version of CCleaner has been built to fit with OS X 10.5 and higher operating system on Mac. The installation process has also been insured to be a typical Mac style with the simple drag and drop gesture into the alias of the application folder.

Surprisingly, CCleaner is not available on the usual Apple store or iTunes, since it demands a greater access to your system than a usual sandboxed app is allowed to. But don’t let that from keeping you away with the advanced facilities of CCleaner, and get the thing done with the help of iOS emulators.

An iOs emulator creates the apt environment in your Apple device and makes it fit for running almost any app or game. Even if the app/ game were built especially to serve for a mobile platform, it can still be run on your Mac with these emulators. I get things done on my laptop with iOs emulators like Andyroid and BlueStacks, as they are highly trusted with handling the most diverse of demands.

All you are needed to do is to get either one of them installed in your Mac and exploit its search bar to grab the software of your choice. Read on to find out how to download CCleaner for PC or laptop on windows 7/8/8.1/10 & Mac.

Here is How to Download CCleaner for PC or laptop on windows 7/8/8.1/10 & Mac using BlueStacks 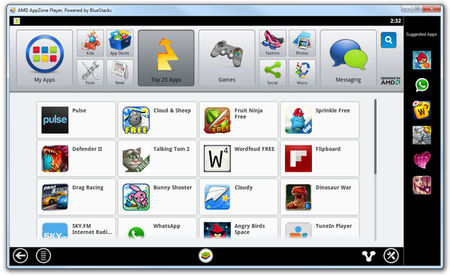 Just follow the below steps and you can fly through CCleaner app in no time.

Here is How to Download CCleaner for PC or laptop on windows 7/8/8.1/10 & Mac using Andyroid 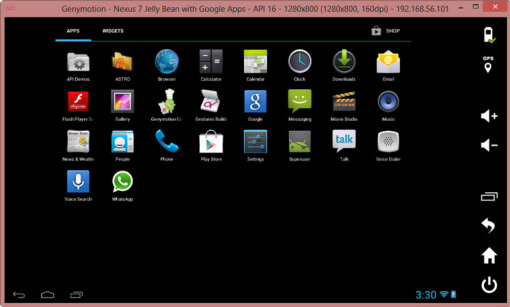