Companies and websites that recognise the value of implementing CDN solutions to their efforts are surely aware of how tough the decision of choosing the right service can be. There are many CDN alternatives and it is understandable how users could get confused as to what to choose.

Whether they want edgecast cdn or any other cdn for that matter, they always have to deal with a certain doubt of being wrong. In this article, we will present you with some of the things you need to take into consideration when choosing your cdn service so that you will find yourself happy with the decision you’ve made. 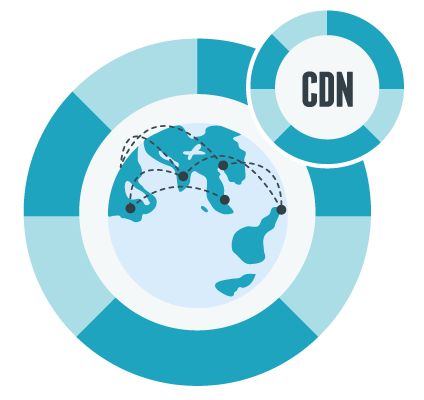 First off, let’s go over the available types of CDN, so that we know what we’re dealing with on a general basis. CDN services can either be Push or Pull (also referred to as Original Pull). There are differences between the two, obviously, but we’ll go over them.

The basis of Push CDNs is that the user is the one providing the content. Users upload content directly to the CDN server and are directly responsible for the content that ends up there. Different parameters and options can be set such as when specific content expires and when it is updated automatically.

Things like that bring a lot of flexibility to the service. Push CDN makes the most out of little traffic and only uploads during updates and content changes. Keeping traffic down is at home with Push CDN.

This type of CDN works in a way that is pretty much opposite to Push CDN. Basically, the CDN server is the one assuming the upload duties this time. Instead of users uploading directly to the CDN server, they leave content on their own server and only alter the URLs so that they point toward the CDN server they have acquired the services of. The content is then pulled by the CDN server from the user server whenever it is requested.

Must Read: pCloud Review – Simple Way of Saving Your Files and Data

When it’s time to decide which type of CDN is chosen, there is a simple criteria which the decision can be based off of. For websites that encounter large amounts of traffic, it’s better to use Pull CDN because it maintains stability and spreads traffic throughout the platform.

The opposite situation in which there is a low amount of traffic is favorable for Push CDN as users can set to upload content once and not  have it re-upload automatically by the CDN server at a given time interval.

Either CDN solution works for any website but a little but these small optimizations as well as choosing the type that better suits the platform can increase performance even further.