There is no denying that live streaming has changed the face of poker for good. Vast improvements in the speed and quality of live streaming have made it possible for the world’s leading poker professionals to stream their gameplay live to millions of poker fanatics worldwide.

Although poker has been gracing its presence on our conventional televisions for several decades, the engagement that live streamed poker offers is something that players simply did not have even around the time of the online poker ‘boom’. The explosion of live streaming platforms such as Twitch and YouTube have helped foster online poker communities, helping beginners to learn the game by watching the pros in action.

It doesn’t matter whether it’s multi-table tournaments, Sit and Go events or high-stakes cash games, the poker streaming phenomenon has been largely embraced by the poker community. There are poker pros who have become online celebrities in their own right for their engaging, immersive commentary and interaction on their own gameplay.

The likes of poker royalty such as Daniel Negreanu have streamed their biggest online tournaments live from their very own homes, making fans feel part of their success.

Leading poker television presenters such as Kara Scott have also taken to becoming live ambassadors of online poker platforms, helping to shine a spotlight on the world-class software and range of poker games available to millions of poker fans worldwide.

Twitch used to be exclusively for games console and PC streamers, creating a live community of online gamers. However, poker has taken an important place in recent years.

According to Twitch Tracker, poker has helped Twitch grow a community of 4.5 million monthly streamers, with viewers on course to consume more than 600 billion minutes of online content this year – that’s not just poker content, we might add, although we wish it was!

Around the time of the online poker boom, poker amateurs only had late-night television shows and eBooks to go on and enhance their own poker strategy and gameplay.

The beauty of live streamed poker on Twitch and other platforms such as YouTube is that it empowers fans to watch the best compete, learn from their successes and failures and build upon their own understanding of the game.

What’s all the more exciting is that the biggest live poker tournaments in land-based casinos are also now gaining coverage on Twitch. The World Series of Poker (WSOP), the biggest festival of poker in the calendar, is now covered on Twitch, putting final tables of all kinds of poker games in the spotlight.

Poker pro Jason Somerville is one of the biggest poker personalities on Twitch today. In a recent interview, he admitted that when he signed his first Twitch partnership deal, the terms of the agreement were such that streaming poker was expressly forbidden.

How times have changed that the poker industry has warmly embraced live streaming to bring the game to more homes and devices than ever before.

How could augmented reality be used to enhance online poker?

In terms of other technological innovations that could be used to build upon the recent successes in online poker, augmented reality (AR) is certainly right up there. You only have to look at the way AR exploded onto the scene in the form of the Pokemon GO app, where Pokemon fans darted across towns and cities in search of rare Pokemon figures in public areas.

The beauty of AR is that it fuses real-life with digital visuals and this technology could yet play a big role in improving the engagement of live poker; forcing online poker rooms to focus on far more than just a mobile-first design and overlay fun visuals and accessories.

One way casinos could entice poker beginners into their poker rooms might be to offer AR-enhanced poker tournaments, where players could don AR glasses and watch their opponents in fun attire with accessories on the tables such as props to ‘throw’ at fellow players after a tense hand or card protectors that can evoke their personalities.

Could virtual reality technology change the way we play poker online too?

Perhaps the poker industry is ready to go one further and look to incorporate virtual reality (VR) and change the way we see and play the game? Some of the biggest online poker networks are already looking to adopt VR poker software to make online poker games more sociable and interactive than ever before.

By donning a VR headset, players can transport themselves to new virtual environments, where they are sat alongside fellow players from all four corners of the globe in the same virtual setting.

When you talk about the excitement of online poker, VR could actually take that adrenaline buzz to the next level, moving online poker rooms away from live chat text boxes and allowing players to chat face to face with players from the other side of the world.

The dynamics of these virtual poker environments are about as realistic as it gets. All of the features of a poker table behave exactly as they should, from the shuffling and dealing of the playing cards to the handling and weight of the chips.

The beauty of playing poker in a virtual world is that you can be whatever you want to be in a virtual environment. You can dress however you want, entertain in any way you want and create a new persona for yourself. These virtual settings are also designed to be very lifelike.

Whether it’s futuristic new-age casinos or lavish, classy games on boats or rustic, old-school games in Wild West-esque saloons, it’s a chance to make poker a form of entertainment for the masses.

Another reason why the future of online poker looks increasingly virtual is that VR headsets are becoming more readily accessible for the mainstream. There are a growing number of VR headsets designed to be compatible with the leading smartphones.

Samsung’s Gear VR device connects to the latest Samsung Galaxy smartphones, offering high-resolution VR gaming experiences for less than £100. The Oculus Go is another entry-level VR headset that offers wireless spatial sound and stunning high-resolution visuals, all for under £200.

For poker to remain relevant, it must continue to move with the times and offer immersive virtual experiences that can ready beginners for the world of sitting in a real-life poker room. 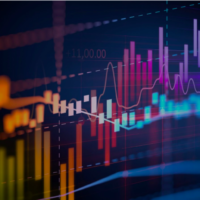 Technology And How It Is Changing The Financial Industry 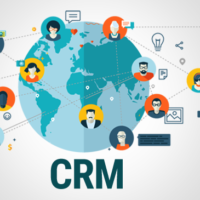 How to Get the Most Out of Your CRM Software