With the new year, we would like to upgrade to the latest technologies and up-gradation. When it comes to smartphones, there are more going to arrive in the year 2018.

If you are thinking of getting a new smartphone with latest features, here we have done some research about best android phones that are going to rock the Android phone market in 2018.

Go through all the details and know what technology and features you are going to get these years from the phones. 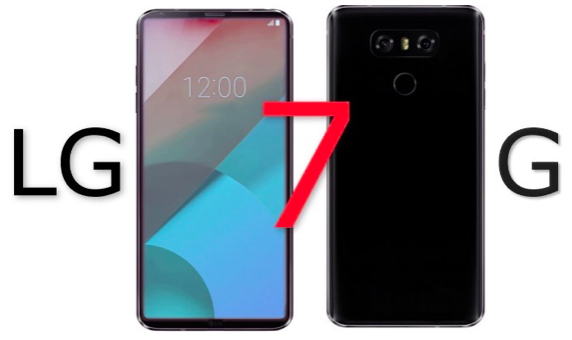 LG G7, LG is going to throw its new model of the handset with stunning looks and latest features and specification, LG G7 series it is expected to come with the combination of metal and glass with fingerprint sensor moved from front to rear to enlarge the display and with an iris scanner.

Performance and battery life will also improve, thanks to an octa-core Kryo 385 CPU with four 2.8GHz high-power cores and four 1.8GHz low power cores; the 845 is 30 percent more efficient than the 835 for gaming, video and AR/V. 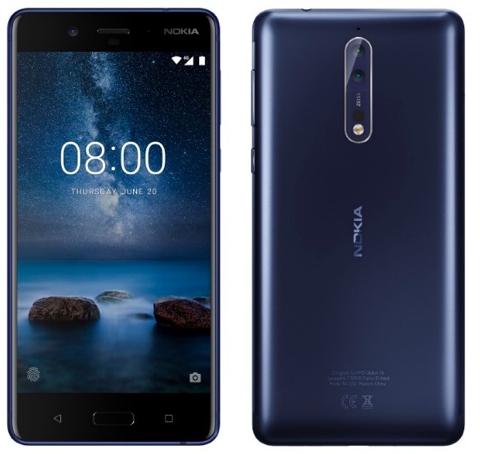 Nokia after being silent for last few years has come back to the market with its latest smartphones in 2018. Nokia 9 embedded by Qualcomm’s flagship Snapdragon 835.

The processor might come coupled with 4GB of RAM, Adriano 540 GPU, and 64GB of inbuilt storage.

Having RAM variants; one with 6GB or 8GB of RAM and 128GB of internal storage. One of the biggest USPs of the device will be the Carl-Zeiss optics that will come with dual-camera set-up.

The camera will have 4K shooting capability, and at least one of the modules will feature a 12Megapixel unit. The device is expected to feature Android’s latest Oreo 8.0. The phone will come with water and dust protection.

Nokia will be launching another handset Nokia 6, which will come with a fresh 18:9 aspect ratio, bringing it at the part with other mid-range and budget segment devices that have adopted the new design language.

Internally, this time Nokia is expected to keep the device powerful enough to counter the likes of Xiaomi and Motorola in the mid-range segment. The device is expected to feature a Snapdragon 630 chipset. The chipset will come paired with a modest 4GB RAM and 32GB internal storage memory. 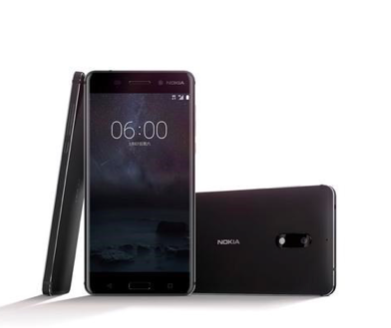 Have you seen the Coupons and Deals from DESIDIME 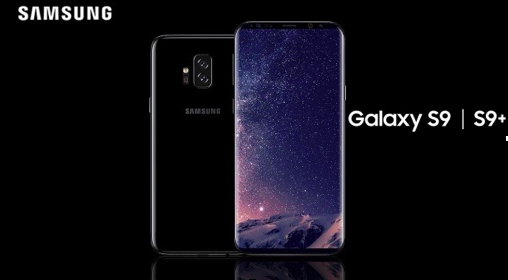 The all-time market hit Samsung will also launch their smartphones. The Galaxy S9 and Galaxy S9+  and expected to be the of the phones announced in 2018, new in their upcoming models and is likely to come with a 7nm Snapdragon 845 or 8nm Exynos 9810 processor, with a dual-lens rear camera on the Plus, and fingerprint scanners embedded into the Infinity display.

The performance will get a boost, and we might see Samsung finally go above the 4GB of RAM seen in the company’s previous flagships. The design is not likely to change significantly, and hopefully neither will the price.

After the giant market of Galaxy S8 and S8+ customers are expecting more from Samsung with striking features and performance in Galaxy S9 and S9+, it will once again rule the market. 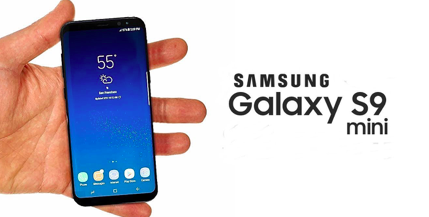 After all the rumors for Galaxy S8 mini. Samsung now has declared that the Model with the title Galaxy S9 mini and which is no rumors anymore. It will be hitting the market in 2018 expected with a 5-inch screen with a full-screen Infinity Display. Rumors say that the phone will be challenging the mid-range smartphones of 2018.

Sony Xperia after a massive market in previous years will be coming with two models Sony Xperia XZ1 and XZ2 and would place its launch in February 2018.

The phone will likely launch alongside the Sony Xperia XZ1S and another Sony phablet, the latter with a 5.7in 4K display and an 18:9 ‘bezel-less’ design.

Less known of the core hardware, with different sources claiming it will feature the Snapdragon 835 or 845, 4- or 6GB of RAM and 64- or 128GB of storage. Our money is on the former, since Samsung may well be again holding the exclusive on the new Qualcomm chip.

These time Sony will be coming with a new design because it has launched most of its models of same designs and expected to have a new look to it’s both the model. Now there’s talk of what we are calling the Xperia XZ2.

A render appeared that shows no bezel, as well as a spec sheet that details a 5.48-inch display with Full HD resolution, a Snapdragon 845 and twin rear 12-megapixel cameras, with a 15-megapixel camera on the front. With a range of devices leaking it is a little sketchy at the moment. 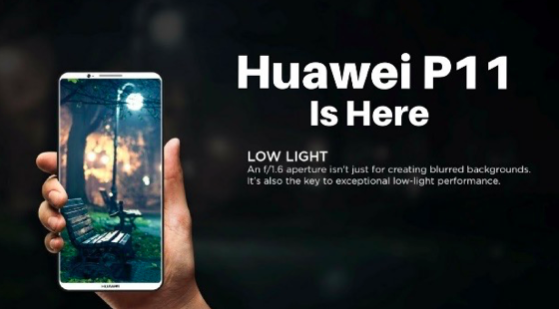 Huawei has been moving things up a step and seems to be making gains globally in its smartphone offering. Little has disclosed about this future flagship phone, but only known to have a 3D face scanning feature which might rival the iPhone X’s Face ID.

Otherwise, rumors are light on the ground; there are some easy fixes to be made. In common with the Mate 10, it will likely get the Kirin 970 chip, which Huawei claims deliver 25 times better CPU performance and 50 times higher energy efficiency.

HTC will be adding to its family the new HTC U12 with an 18:9 display and adding new features in various areas of this phone. Rumors are there for its design and specification but have less official disclosure. 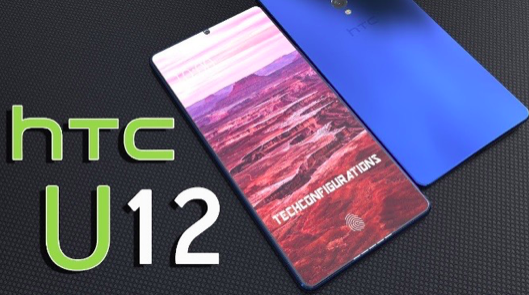 HTC has only marked the features that the device will come with a dual camera, and HTC was the first to put two cameras on the back of the old handset HTC one M8. Least we can say that this will not be enough competing on the specs with rivals like LG and Huawei but can expect more from HTC when they make an official announcement of the specification of the device. 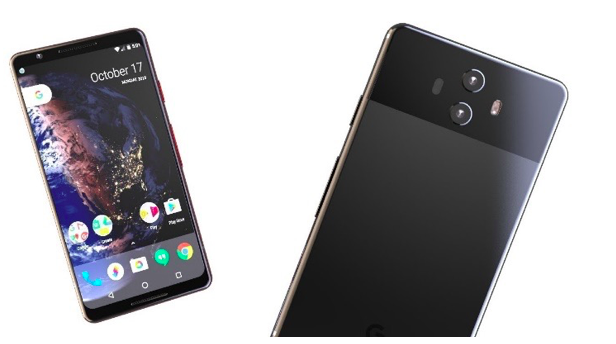 Three new Google Pixel phones are expected to land in 2018. With one of them potentially poised as a rival to the iPhone X.Codenamed Crosshatch, Albacore, and Blueline, we know that these new pure Android phones will run the to-be-announced Android 9.0 P and that they will likely carry the 7nm Snapdragon 845 processor and feature 18:9 pOLED panels.

Google will increase the ram size to 6GB, and the storage will be 64 GB and 128 GB. Now about the screen, it will come with OLED screen having 18:9 aspects and dual camera. 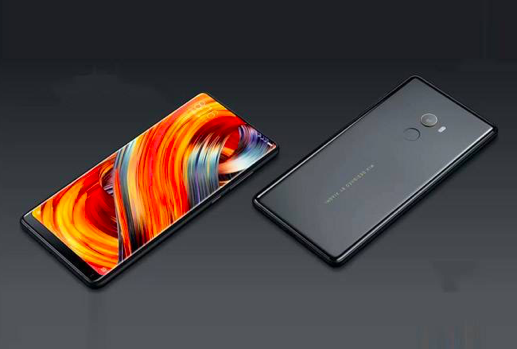 Xiaomi Mi 7 will be one of the first devices to sports Snapdragon 845 chipset, which is expected to launch next month. The invention will come with 6GB RAM and a 3350mAH battery. Regarding build material, Xiaomi will use glass back to enable wireless charging on their device.

On the camera front, the device will sport dual-camera lens, both with a resolution of 16 Megapixel. Out of the two glass, one is expected to be a particular low-light module with an aperture of f/1.7.

The back panel of the next-gen Mi Mix device has leaked, and you can see online. Though it does not show much of the front panel, it does clarify a few features that can make its way to the Mi Mix 3.The most striking difference from the previous generation Mix device is the presence of a dual camera lens. These lenses will be placed vertically, similar to the iPhone 8 Plus and iPhone X. 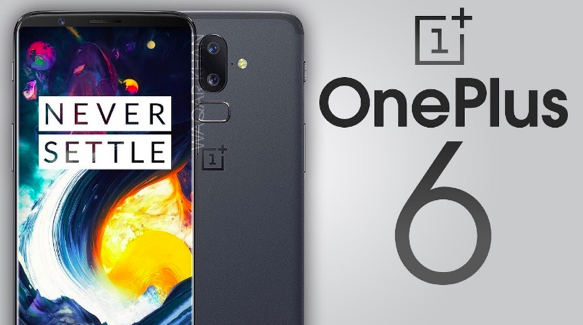 There’s not much on this front, but we know what’s powering the phone. During the launch of Qualcomm’s flagship chipset Snapdragon 845, the company revealed that their chipset would power the OnePlus 6.Recently, the Chinese company unveiled the OnePlus 5T with an 18:9 aspect ratio 6-inch screen. The same tall-screen design is expected to make it to its successor OnePlus 6.

Here are the phones which will hit 2018 market, and we could expect more from this device. Many more phones will be launching in the different price range; these are some phones which will undoubtedly make perfect competition in the market with their updated processor and design and specification. With passing time new information will be seen regarding this phone.