The smartphone world has moved much beyond 3G networks and has welcomed 4G LTE. However, 4G LTE is available only in high end smartphones which can make a lot of people miss out on the technology. However, Taiwanese technology giant Asus brings to you an Android handset which has been enabled with 4G LTE support.

In fact it has been touted as the cheapest handset which supports 4G, costing Rs 8000. It shall be available from the early months of 2015. 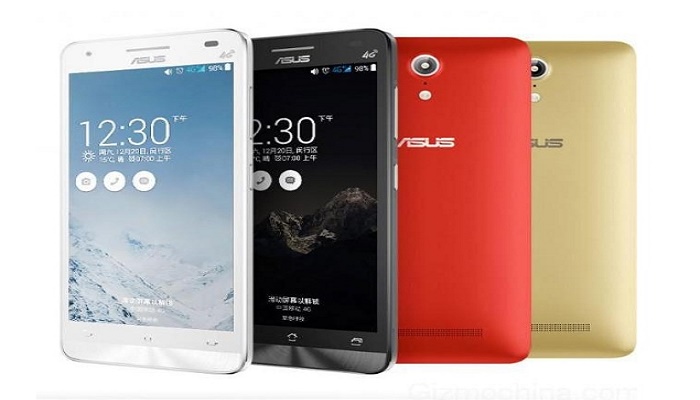 The latest 5.00-inch Asus Pegasus X002 comes with dual SIM support where one SIM card supports 2G networks while the other one supports the 4G networks. The flexibility offered by dual SIM connects at warp speed which offers connectivity via Wi-Fi, 4G TD LTE, EDGE/GPRS, Wi-Fi direct, A-GPS and GPS, Micro USB and Bluetooth 4.0 with A2DP.

You can connect the handset to a variety of Bluetooth enabled devices for making your experience better with the smart phone. It has a great resolution of 1280X720 pixels which delivers great colour consistency from almost all angles which makes it perfect for playing games, reading e-books and watching movies.

The phone looks great thanks to the sleek design. Despite having a 5 inch screen, it is easy to put the phone in your pocket and carry around.

The Asus Pegasus X002 is powered by the Android KitKat 4.4 with the Zen user interface embedded on top. The phone is powered by a MediaTek MT6732 quad core processor which is a 64 bit one and works on 1.5GHz.

It is great for everyday tasks although when it comes to heavy gaming or watching heavy videos, the processor may fail to perform. The RAM embedded is 2GB which is great and will let you run all kinds of apps on your handset smoothly. It is perfect for working different apps on your handset.

It would reduce the power usage and generation of heat. An internal memory of 16GB has been provided in the handset which can be expanded up to 64GB using external memory cards.

The Asus Pegasus is also a great buy when it comes to selfies and shooting pictures and videos of memorable events. The rear camera has a resolution of 8MP and an LED flash supplement the images that you click. The front camera is a 5MP one which is great for Skype calling and clicking selfies.

The battery embedded in the phone is a 2500 mAh one which lasts quite long and will see you through the day if you recharge it once only. The handset weighs around 140gms which is why it is easy to be carried around and has dimensions of 9.9X73X146 mm.

The phone comes in attractive colours such as white, black, gold and red. It is definitely going to be one of the best performers in the market. The phone has been positioned in direct competition with the XiaomiRedmi 1S.

The Redmi 1S is a great handset as well which comes with an 8GB memory and a quad core Qualcomm Snapdragon processor which clocks a speed of 1.6GHz. The handset has Adreno 305 graphics which powers the graphics and visuals on the handset.

The display unit is slightly smaller than the Asus Pegasus X002 at 4.7 inches but the resolution is the same at 1280X720 pixels which produces a pixel density of 312 ppi. The graphics would undoubtedly be clear and high definition on the phone.

The handset has an 8MP rear camera much like the Asus one with 1080p video recording. However, the front camera is not as good as the one on the Asus handset. It has a resolution of 1.6MP which is quite passable for all practical purposes.

There are quite a few other handsets which are available with similar or better specs in the same price brand. The days of affordable handsets being enabled with substandard features are gone. The trend was started by Moto G where Android KitKat and 1GB RAM was offered to users at an unbelievable price of Rs 13,000.

Since then, more Chinese brands have forayed into the Indian market with their well-priced and highly advanced smartphones. The entry of these companies broke down the monopoly that Samsung had over the Indian market for so long. More people started opting for these obscure brands rather than well-established companies.

In fact, quite recently, Samsung was unseated as the number one smart phone seller in India by Micromax in terms of volume of sales. More people are opting for these brands because they are affordable and their service is becoming better increasingly.

Companies such as Micromax and Karbonn have expanded their network of service centres which has made it easy for people to get their handsets serviced. Moreover, the issues that would crop up with these sets have also reduced because they have bettered the technology. You can buy smartphones from Micromax for as low as Rs 3000 which have a sizeable touchscreen and Android Jellybean enabled in the device.

For a similar handset from Samsung, you would have to pay Rs 4500 or so while for Sony, the amount is even more.

The only problem with the affordable handsets is that they retail through only select e-commerce sites which means that getting your hands on them may be difficult. Moreover, they are retailed only through flash sales where there is a lot of rush and you may not even get to connect on the website at that time.

The time taken for you to check the product out will also be quite limited and you will be in a rush to complete your order lest someone else books it.

You can avoid the rush completely by opting for a second hand mobile belonging to this range of affordable handsets. They come for a discount of Rs 1000 to Rs 2000 and in mint condition. You can log into online classifieds websites for getting to know of the mobiles from Oppo, Gionee and Redmi available for sale.